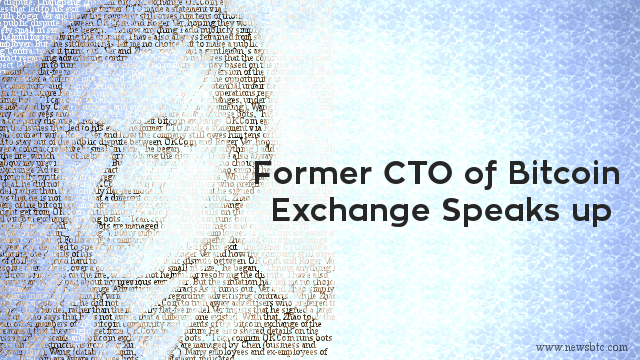 Following a company dispute, Changpeng Zhao left bitcoin exchange OKCoin earlier this year and decided to speak up on the issues that led to his exit. The former CTO made a statement via Reddit sharing the details of his verbal contract with Roger Ver and how the company still owes him tens of thousands of dollars.

“I tried hard to stay out of the public dispute between OKCoin and Roger Ver, hoping they would resolve themselves, over a contract relatively small in size,” he began. “I know anything I add publicly simply throws more gas on the fire, which is not helpful for resolving the dispute. I have also always refrained from saying anything bad about my previous employer. But the situation has left me no choice but to make a public statement.”

As it turns out, Ver and Zhao simply had a gentleman’s agreement instead of a formally written contract regarding advertising contracts. While Zhao believes that the contract was a good deal, he did not expect OKCoin to turn away advertisers who preferred to pay based on the pay-per-click model, rather than the monthly flat-fee model.

Ver insists that he signed a later version of the contract, but Zhao says that he is not aware that a different one existed. With that, Zhao took the opportunity to warn other members of the bitcoin community and clients of the bitcoin exchange of the potential unfair treatment that they might get from OKCoin in the future.

He also shared details on the company’s operations regarding scams and bitcoin exchange trading bots. “I can confirm OKCoin runs bots on their exchanges, under instructions from Star Xu. These bots are managed by Chen (business and operations), Yu (programming), Wang (database admin, “funding”). Many employees and ex-employees of OKCoin are aware of these bots,” his statement indicated.

Get 110 USDT Futures Bonus for FREE!
Tags: bitcoin botsbitcoin exchangebitcoin tradingNews
Tweet123Share196ShareSend
BitStarz Player Lands $2,459,124 Record Win! Could you be next big winner? Win up to $1,000,000 in One Spin at CryptoSlots