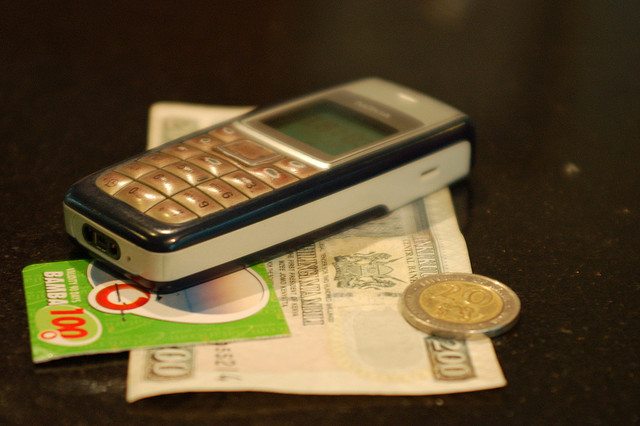 Kipochi’s service enabled users of M-pesa, a mobile phone-based money transfer, financing and micro-financing service launched by Vodafone for Vodacom and Safaricom to trade and receive remittances in Bitcoin using the M-Pesa network.

Instead of securing partnership directly with M-Pesa however, the Kipochi team launched their service through Kopo Kopo, which integrated the M-Pesa network to its operating system. Almost immediately, Safaricom terminated the service of Kipochi, by forcing Kopo Kopo to shut them down.

“Within a week or two our connection with M-Pesa through merchant provider Kopo Kopo was shut down. It took us more than a week for us to find out that Safaricom had forced Kopo Kopo to shut us down. We haven’t been able to confirm this, but we later heard from sources within Safaricom that the order came from Vodafone in London,” explained former Kipochi CTO Pelle Braendgaard.

He further emphasized that the over exaggerated reports of mainstream media alerted the headquarters of Vodafone, which pressured its subsidiaries to bring the service of Kipochi to an end.

“Thanks to bitcoin, it’s about to become a lot easier to move money in Africa. M-Pesa, a successful mobile money platform in Sub-Saharan Africa, is embracing bitcoin. The service will give rise to transactions with negligible fees (~$0.04), and could dramatically slash revenues of existing money transfer services like Moneygram, Western-Union and Paypal.”

During this time, neither one Kipochi and Vodafone announced a M-Pesa or Bitcoin related deal. However, the bitcoin integration of Kopo Kopo supported by Kipochi quickly escalated throughout mainstream media, alluring the attention of the bitcoin community and companies involved with Vodafone.

Amid the controversy surrounding M-Pesa and Kipochi, the Kenyan government also issued an official notificataion to Kipochi, regarding their bitcoin services and operations. Because of the government’s optimistic view towards the bitcoin technology, they gave a confirmation to Kipochi to continue its Bitcoin-related services by partnering with existing financial institutions or telecommunication firms.

“I met with them informally several times. They were very knowledgeable and essentially told me that while they didn’t have time right now to deal with Bitcoin as they were at the time dealing with a lot of complaints from competition and users about M-Pesa. They gave us an informal go ahead for us to continue as long as we partnered with existing financial institutions or Telcos,” said Braendgaard.”

Despite the controversy, the Bitpesa team has been working to maintain the rapid growth of their consumer bitcoin wallet and bitcoin exchange. In the upcoming months, the company will continue its operations and establish itself as one of the leading bitcoin firms throughout Africa, rasiing the awareness and adoption of bitcoin. Pelle praised the effort of the BitPesa team and their own adventures in the Kenyan Bitcoin industry.