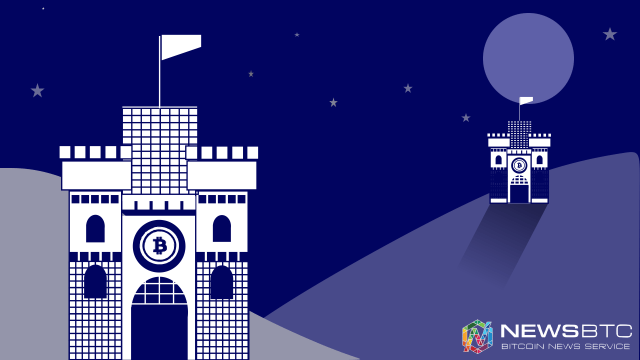 The Triumph of Fort Galt (Editorial)

Gabriel Scheare is the staunchest anarcho-capitalist I’ve ever met. Although I disagree with his focus on economics as the centerpiece of libertarianism, I’ve always found his dedication to be inspiring. It’s for that reason that I’ve been a close follower of his Fort Galt project—which, of course, accepts Bitcoin—and am thrilled to see it coming to fruition.

Born to strict Christian parents in one of the most conservative regions of Canada, Gabriel readily admits to being a statist in his early life. As his exposure to the outside intellectual world grew, however, he became a black sheep in the family, embracing secular thought. This rebellion laid the foundation for what would become his defining political philosophy, rooted in freedom from societal constraints.

He worked hard to establish his financial independence, and moved to Vancouver when he was 22 years old. Naturally driven towards the Bitcoin community, he took up mining early on in the game and managed to strike it rich. But despite his participation in the local libertarian scene, even Vancouver proved too authoritarian for his liking, and he longed to escape and see the world.

He was drawn to Chile by his participation in Exosphere, a boot camp for entrepreneurs. He quickly decided to make it his home, and in June of 2014, he staked his claim in Galt’s Gulch, a self-sufficient community inspired by Ayn Rand. Backed by Jeff Berwick, a known figure in the anarchist community, he believed it would become the community of entrepreneurs he was looking for and planned to get into real estate.

Unfortunately, there was trouble in paradise. A brewing conflict among its administrators bubbled to the surface in August with a post on Berwick’s blog. He accused Ken Johnson of mismanagement and fraud, doing irreparable damage to the project. Others claimed Berwick himself was to blame, reported to be a womanizer by many, and Ken Johnson accused him of deceit and shadier practices.

Instead of abandoning his dream, Gabriel decided to strike out on his own. He envisioned a bastion of freedom that could be the foundation for a new independent jurisdiction, a structure and community that would become known as Fort Galt. First he had to repay investors who had been told it would be built in the Gulch, but then a new saga began.

The hardest part is always dealing with established laws and regulations, which Gabriel must shield his community’s members from. He secured the necessary land in late 2015, and made sure to acquire sufficient water rights (a primary factor in the previous project’s failure). In December, he resumed collecting payments from investors, and is almost done paying for the property as of the time of this writing.

Construction is being spearheaded by Luke and Lourdes Crowley, two founding partners who volunteered to help reboot Fort Galt. Having worked on projects like the new World Trade Center, they have ample experience in the field, and decided to use local construction companies in the Valvidea area. The nearby city became their base of operations until the Fort was deemed habitable.

There they resided with Patrick White, another equal founding partner. His seed money freed them from the need to hold down part-time jobs, and gave them time to focus on other libertarian projects, as well. They have campaigned heavily for Bitcoin adoption, and they claim it will be widespread this year in Valvidia, where they will play host to CoinFest 2016.

Meanwhile, people are reserving suites in the Fort Galt building; you can also buy plots of land surrounding the fort, for residence or to start your own free market enterprise. The smallest rooms are already sold out, so anyone who’s interested should reach out to the Fort Galt team using their contact page.