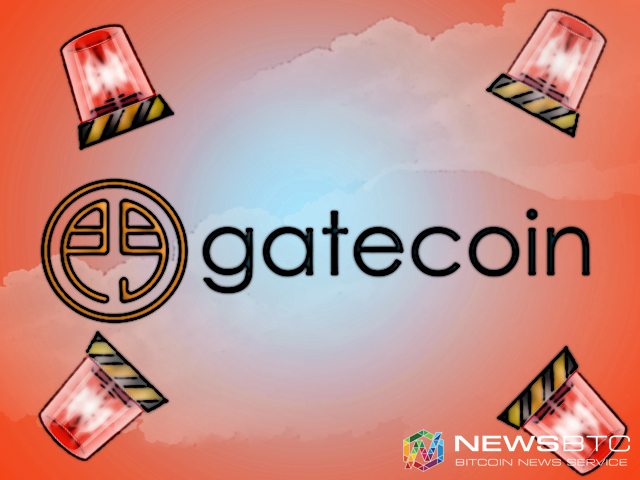 The exchange’s security was compromised on May 13, followed by a server malfunction the previous day. As a result of the breach, the platform has reportedly lost about $ 2 million in crypto assets constituting 185,000 ether and 250 bitcoins respectively.

Gatecoin is currently carrying to an investigation into the hacking incident. So far, the investigators have uncovered that the hackers had managed to redirect the incoming cryptocurrency deposits to a hot wallet instead of the multi-signature cold wallet into which it was supposed to be deposited. By doing so, they were able to divert about 15 percent of total Ethereum assets into a hot wallet, which is otherwise designed to hold a maximum of 5 percent. However, the loss of bitcoin was limited to 5 percent.

The company states that the security breach is currently being investigated by Tehtri Security, a French IT Security company. While the ongoing forensic investigation is under process, the Gatecoin platform remains offline until May 28, 2016. The company will be launching an alternative platform on or after the said date, allowing its customers to withdraw their funds.

Meanwhile, Gatecoin assures their customers that all the remaining cryptocurrency and fiat assets are safe and secure. The platform is currently in the process of raising more funds in order to compensate the users who might have lost their digital currency during the hacking incident.

Once the new platform goes live, customers will be able to withdraw funds in BTC, DAO, DGD, REP, USD, EUR, and HKD. All DGD, REP and DAO funds held by the platform remain untouched as the security breach did not affect crypto assets other than BTC and ETH.

According to the statement, Gatecoin will be keeping their customers updated about any latest developments through their Twitter and Reddit channels along with posts on the Gatecoin homepage.

The digital currency exchange platforms are constantly under security threat by hackers and cyber criminals. This is not the first time a cryptocurrency platform has been compromised. There are numerous similar occurrences in the past where many platforms have lost millions of dollars’ worth of digital currency to hackers. At the same time, the platforms are actively working on updating their security to prevent any such attacks in the future.