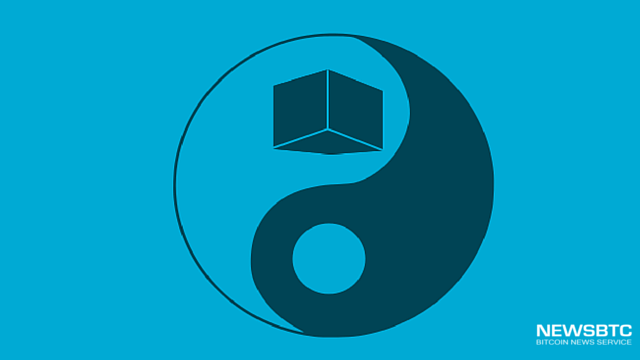 Glenn Hutchins: You Can’t Have the Blockchain without Bitcoin

Glenn Hutchins, co-founder of Silver Lake Partners, a $26 billion private equity firm raised an important point regarding the rising interests of banks towards the blockchain technology during the technical discussions about the future of distributed ledger technology in a roundtable conference hosted by Brookings Institution.

“The private ledger is equivalent to the intranet. Remember when we first had intranet? it was kind of good because you could collaborate with people you work with but it didn’t transform things until everybody was connected in the seamless world wide web. To think that we can have private blockhains and use that, that makes the banks happy because that gets their costs down. I wouldn’t listen much to that kind of stuff,” explained Hutchins.

Essentially, banks and leading financial institutions are trying to embrace the Bitcoin blockchain technology to reduce IT management costs and facilitate robust yet cost-efficient transactions. By replacing bitcoin with another token or a store of value, and deploying their own centralized blockchain networks, banks are trying to develop a new generation blockchain-based financial system for intuitive and real-time settlement and transfer of payments and assets.

The reason behind this analogy is, Bitcoin as a network token is utilized in the blockchain network to transfer value amongst users. The value of Bitcoin derives from its demand and the unprecedented level of security formed by millions of miners worldwide. A technology and an independent currency at this magnitude are not products that can be developed or deployed by a centralized organization. This is the precise factor behind the value of Bitcoin and its dominance against other cryptocurrencies.

“I think the better analogy is copper. Copper is a metal people mine, have value, it is traded on exchanges all the time. But its fundamental use is to move either electricity or voice messages around. It carries something that we use. That’s what the Bitcoin currency is, to transfer that value. You can’t have the system work without the Bitcoin token moving around,” said Hutchins.

If banks, specifically the organizations participating in the R3 conference are attempting to deploy independent blockchain networks with a certain level of administrator authority and unique currencies, it would be like launching an intranet for international banks to use, not for the general population to utilize.

Various financial institutions actually have launched their own blockchains, such as the Commonwealth Bank of Australia. However, how the banks will liquefy their cryptocurrency and convert them into fiat currency remains a mystery. Many financial experts speculate that banks are struggling to implement the blockchain technology because they still couldn’t find a method to introduce a unique cryptocurrency with long-term value and stability.

It is important to recognize the simple fact that it is virtually impossible to deploy a unique and independent blockchain network without using Bitcoin as an international store of value, due to various factors including security and volatility issues.

Tags: blockchainBlockchain TechnologyHutchins
Tweet123Share196ShareSend
Win up to $1,000,000 in One Spin at CryptoSlots