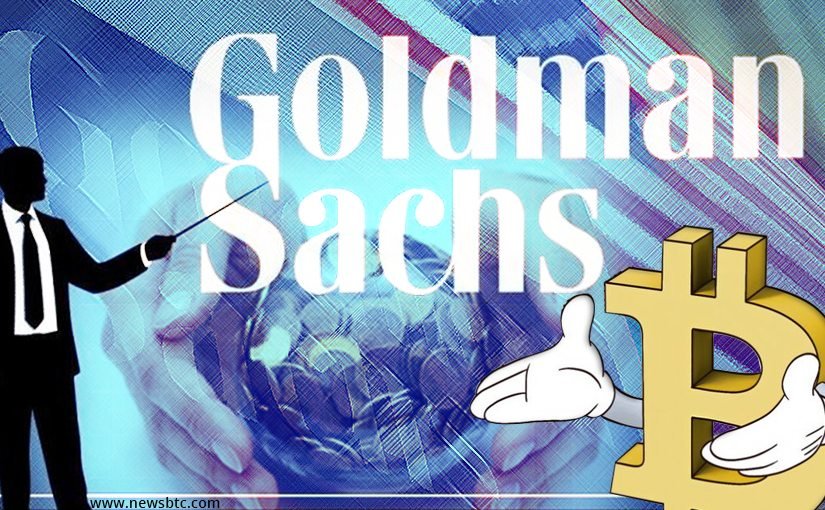 The mainstream banking and financial sector has always been hostile towards Bitcoin and other cryptocurrencies. While there haven’t been any significant changes in their stance, they have definitely warmed up to the use of blockchain technology.

Goldman Sachs, one of the leading financial institutions in the world has come out of the closet to embrace the technology openly. The institution has done so by dedicating an entire web page for distributed ledger technology.

The page on Blockchain technology has enough content to offer a crash course on distributed ledger and its various applications. The user-friendly web page allows the visitor to scroll through the “slides” accompanied by graphic representations to offer a clear understanding of the concept of blocks, blockchain, its use in record keeping, smart contracts and of course, the security features.

Even though Goldman Sachs hasn’t been comfortable with Bitcoin as a store of value, the institution has involved itself in few cryptocurrency related startups. It is one of the investors in blockchain based financial services application, Circle. Also, Goldman Sachs was part of the R3CEV led R3 Global Blockchain Consortium until it made an exit late last year. The financial institution has also invested in Digital Asset Holdings, a distributed ledger solutions company led by ex-Wall Street executive Blythe Masters.

The foray of mainstream banking, financial and technology giants into the cryptocurrency sector showcases the promising future of blockchain technology and its applications in various industry segments. The initial wave was caused due to the increasing threat to conventional banking methods by Bitcoin, which could execute cross-border transactions much faster at a much cheaper rate while staying decentralized the whole time. Now, with the capabilities of cryptocurrency technology well-known, its wide spread implementation can be expected in the next 3-4 years.

Until it becomes a reality, we can continue following the developments in the sector and gauge Goldman Sachs’ future contributions to the industry.

Get 110 USDT Futures Bonus for FREE!
Tags: bitcoinblockchainBlockchain TechnologyGoldman sachsNews
Tweet123Share196ShareSend
BitStarz Player Lands $2,459,124 Record Win! Could you be next big winner? Win up to $1,000,000 in One Spin at CryptoSlots