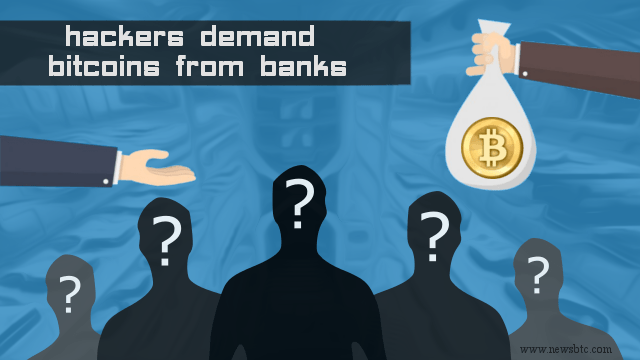 In another update on hacking incidents putting bitcoin payments in a negative light, a group of banks in Hong Kong suffered a DDoS (distributed denial of service) attack and are being demanded for bitcoin payouts in exchange. The Bank of China and the Bank of East Asia reported this incident to the Hong Kong authorities who are already conducting investigations on the matter.

News reports indicate that these financial institutions suffered website outages, as hackers overwhelmed the sites with traffic from multiple sources. This sparked irregular spikes in online traffic, forcing some of the resources to be unavailable.

Authorities and industry experts classified this attack as a typical blackmail attempt to extort bitcoin payments from the banks. In doing so, the identity of the hackers won’t be revealed, as transactions using the cryptocurrency involve a layer of security and anonymity.

This has been one of the primary reasons why bitcoin has drawn a reputation for being used in money laundering and illegal dealings, particularly those involving drugs. Following the hacking of Mt. Gox over a year ago, the price of bitcoin has fallen steadily as many treated cryptocurrency developments with a lot of criticism.

While both banks clarified that client information and deposits are still safe, it can’t be helped that financial authorities are once again focusing on the negative aspect of bitcoin payments anonymity. The attack imposed on the two banks is similar to the DDoS attacks launched on the official corporate websites of banks in China and Hong Kong, most notably the People’s Bank of China in late 2013.

Hong Kong has taken a relatively open-minded approach to bitcoin payments, allowing startups to thrive in the financial hub of Asia. Given these recent hacking incidents though, monetary authorities and financial regulators might decide to step up their oversight in this industry.