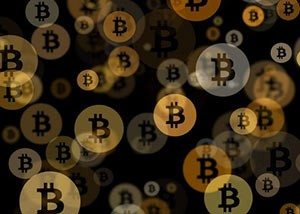 The stability in the price of bitcoin after the occurrence of bitcoin halving alarmed many investors and bitcoin buyers around the world, especially those that haven’t been following the bitcoin community and media.

Some bitcoin investors expressed their concerns over the price of bitcoin which has remained at the US$660 margin over the past few weeks. The same investors that believed the halving of bitcoin block reward would trigger a massive surge in demand for the currency and its price.

Bitcoin enthusiasts that have followed the bitcoin community for a substantial period of time understand and recognize that the bitcoin block reward halving has been anticipated for a few years and is not a new piece of information for the majority of bitcoin traders.

However, there still are quite a few investors that are overly concerned with the stable trend of the bitcoin price. For these investors, the most ideal advice is to continue holding onto bitcoin as it increases in value.

With the price securing a similar margin for nearly three weeks, it is obvious that the anticipated bitcoin block reward halving hasn’t had much effect on the price or the network itself.

The same pattern can be noticed during the time period in which bitcoin’s first bitcoin block reward halving occurred. On November 28, 2012, the bitcoin network experienced its first block reward halving. Leading up to the event, the price of bitcoin remained stable at a US$130 margin.

The price of bitcoin didn’t seem to surge until April, nearly 5 months later, when the price hit US$130, and continued to surge upto US$1,000, which quickly fell due to the Mt. Gox incident.

In summary, as it did in 2012, Bitcoin block reward halving cannot be perceived as an event that will immediately spike the price of bitcoin, but rather as a notable historical happening which will gradually contribute to the increasing value of bitcoin.