How Bitcoin Can Prevent Another Greek Debt Crisis 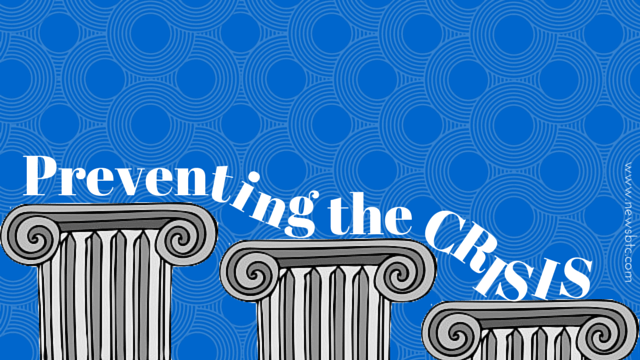 Bitcoin has enjoyed a pivotal moment, thanks to the ongoing Greek debt crisis, which resulted in capital controls and an influx of funds towards the cryptocurrency. Indeed bitcoin prices have eventually landed back above the $300 mark, following a long period of consolidation around $220 earlier in the year.

The prospect of shifting back to a potentially worthless drachma has led several Greeks to move their money to bitcoin, as some websites have offered bitcoin loans and investments while others offered to purchase Greek products using the cryptocurrency. This could allow Greek citizens to hold on to the purchasing power of their funds and even gain more.

Some analysts even went on to say that bitcoin can prevent crises that are similar to Greek debt crisis from happening. Former Greek Finance Minister Yanis Varoufakis has previously proposed a digital currency to be created by the Greek government in order to help augment their debt repayments. In a blog post last year, he said that if Greece wanted to create its own currency to replace the euro, it could use the technology of bitcoin to create a currency that he called “Future Taxes” coin, the value of which would be guaranteed by future tax revenue taken in by the government.

In addition, the development of another underlying technology called sidechain might also add to the current list of features of blockchain. According to Michael Casey, senior adviser on the MIT Media Lab, Greece could create a “collateralized currency” backed by state-owned assets.

“The reason why barter was flawed is you can’t cut a horse in half in return for a bunch of arrowheads or whatever,” Casey said. But crypto-tokens that individually represent a portion of an asset are infinitely divisible, he says, and “if you have infinitely divisible claims on an asset, then you could trade a third of a horse for a trip to Acapulco.”