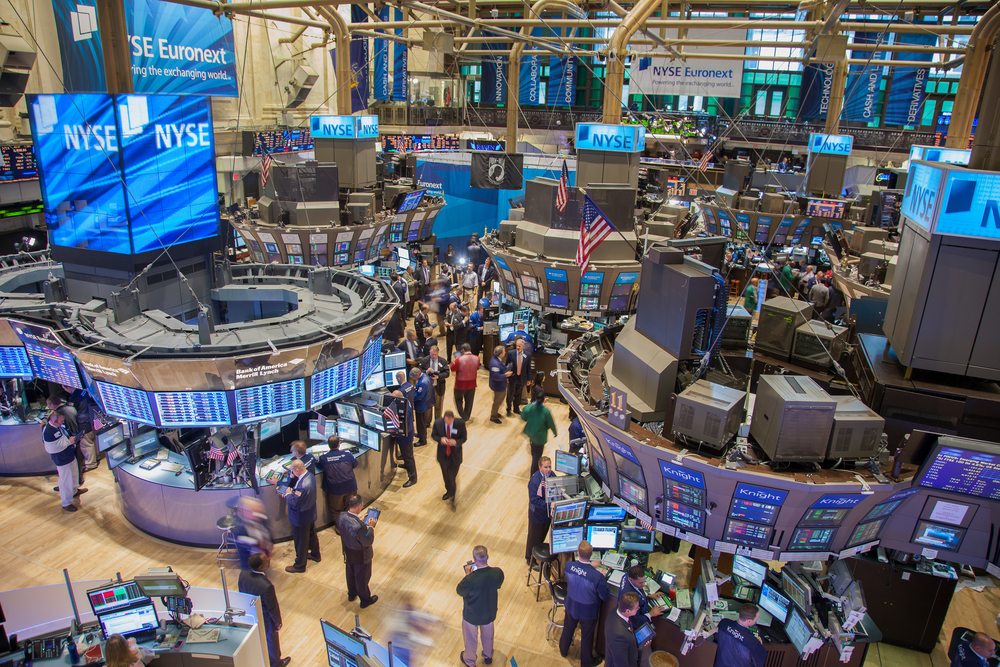 After a day of consolidation in EOS, IOTA spearheaded yesterday’s gain following resumption of trading at Huobi. At the same time, there was news that Andrew Greve would be joining the IOTA Foundation. Greve is a technophile and this is definitely good news supportive of IOTA’s objective of  shaping and defining IoT standards in the future.

$2 billion later and EOS is pumped up and ready to release a new “version” of Ethereum. Only that it will be faster, scalable and users don’t have to pay for running their DApps on the EOSIO blockchain. No more GAS. While it looks good on paper, let’s see if EOSIO will be any better than Ethereum in terms of adoption and of course performance. Thanks to open nature of blockchain, observers noticed that EOS moved 209K ETH to BitFinex within 8 hours. It’s interesting but at the moment, the motive behind such block move remains obscured with propaganda.

Iceberg ahead!! #EOS just sent 209k #Ethereum to #Bitfinex in the past 8 hours. #ETH pic.twitter.com/IEDO6IW4nX

Price wise, EOS is stagnant and up one percent in the last 24 hours. Yes, there are some positive additions to May 7 gains but that’s about it. We still hold on to our previous EOS price forecast and are neutral.

Because of this, I recommend longs only when there is a strong up thrust past our immediate resistance line at $18.55. Otherwise we largely remain bearish and expect bears to find liquidation opportunities with every high until maybe a few days before the mainnet launch. Remember, there is that over-valuation in the weekly chart and as history tends to repeat itself, sellers might follow through and dump EOS.

If you are keen with numbers, then you would have probably noticed that Litecoin is up one spot to number six in the liquidity chart. However, talks of “flaps” should subside majorly because Litecoin market cap is far from usurping that of EOSIO.

Technically, we should on to our bearish skew at least in the short term. Yes, we understand that Litecoin prices are bullish in the weekly chart. What buyers need is a cross beyond our immediate resistance line at $180. Unfortunately, bears are picking up from that same point and it could get worse today if sellers drive prices below that middle BB as visible in the daily chart.

Exacerbating this is that stochastic sell signal turning from deep the overbought territory drawing sellers to this trade. In my view, any break below $150 could usher in another wave of sell pressure which could in turn drive prices to our previous accumulation zone at $110. As a result, conservative traders should wait while aggressive traders can short with stops at $170.

A while back, news of Stellar Lumens partnership with Smartlands moved the market and even though nothing much has materialized since then, Smartlands is encouragingly meeting their road map obligations. Yesterday they released a new version of their Stellar Lumens wallet laying the foundation where traders would easily and seamless store their coins safely after transacting through Stellar’s secure and easy to use DEX.

However, while this is positive, news of Kik’s, a South Korea’s messaging giant, plans of forking out the Stellar blockchain sent jitters on Lumens prices. Their initial plan was to create this two-tier system where their tokens would receive simultaneous support from Ethereum and Stellar but for some reason, that wasn’t economically viable from their end.

In that end, it isn’t surprising to see Stellar Lumens prices trickling down in line with our previous forecast. Fact is, it is down five percent and quickly adding to their May 7 losses. Besides this, bears are now trading below the middle BB which is our main support line meaning sellers might as well drive prices towards 30 cents and hit our bear targets.

From an investor’s perspective, there are some pretty nice things happening on this coin. Of course, different big shot companies in the blockchain arena bidding to become Super Representatives is something encouraging. However, what stands out is the road map before and after their migration from Ethereum. What stands out for me is the release of that Tron Virtual Machine (TVM) just before their mainnet launch on May 25. But before we jump in and conclude that Tron would surely moon, let’s wait and see what happens.

On the charts, Tron is down one percent in the last 24 hours and sellers are actually in charge. After yesterday’s bear candlestick, there is a clear stochastic sell signal fading the general bullish feel in the weekly chart. Sticking on to the current bullish trend, I won’t encourage shorting Tron but instead being neutral and waiting for better buys would be a good strategy. If not, then sell and target 7.5 cents in line with yesterday’s forecast.

There is a nice coincidence.  Andrew Greve is now a member of IOTA Foundation. At the same time, traders can exchange their BTC for IOTA at Huobi. The latter’s announcement saw prices spiking eight percent in the last 24 hours following that failure of bears to push prices below the middle BB in line with our previous trade recommendation.

Welcome Andrew Greve to the #IOTA Foundation! "Just as IOTA is on the cutting edge of technology, the IOTA Foundation and community are similarly on a cutting social edge. I believe that the open nature of the IOTA ecosystem.." https://t.co/JDWOjg3WrD pic.twitter.com/9PpUPZFdQb