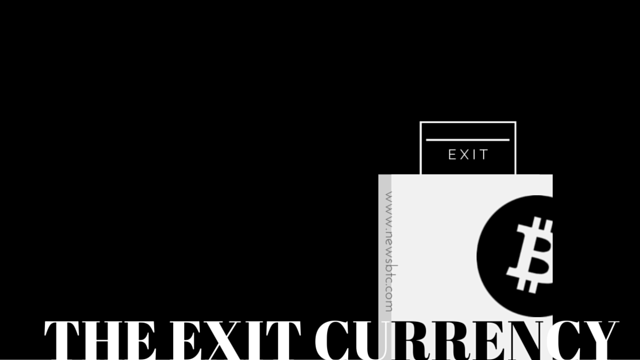 Earlier this year, the Greek debt crisis has highlighted the role of bitcoin in keeping an economy afloat despite capital controls. Several startups offered investments and loans using the cryptocurrency, providing an option for those who had been unable to move funds around when stock markets and banks were shut down in the country.

Later on, the Chinese stock market crash also spurred investors to seek alternative forms of investments, as other equity indices all over the globe started to tank as well. Is bitcoin starting to emerge as a safe-haven “exit” currency lately?

Because of the equity market slump, the Chinese government and central bank have come up with a number of different ways to stem the decline. This bred a bit of distrust for authorities who can decide to alter monetary policy or devalue the official currency on a whim.

With bitcoin, supply and demand are mostly the market factors in play. Transactions costs are limited and clearing times are short, as the verification process is conducted by a network of computers solving complex algorithms to record transactions on an immutable distributed public ledger or blockchain.

On a more global scale, the massive depreciation of several major currencies brought forth by falling commodity prices and central bank easing could also lead to the pursuit of investments that are not prone to exchange rate risk such as bitcoin.

Just recently, the bitcoin industry made a huge leap towards mainstream acceptance when major bank Barclays announced that it would start processing the cryptocurrency from charities. Other banks and governments are also more receptive of bitcoin developments, with some also looking into the potential applications of the blockchain on their internal operations and record-keeping.

Further support for bitcoin could allow it to rival fiat currencies in terms of demand and trading volume, as the cryptocurrency isn’t controlled by a monetary authority or government.