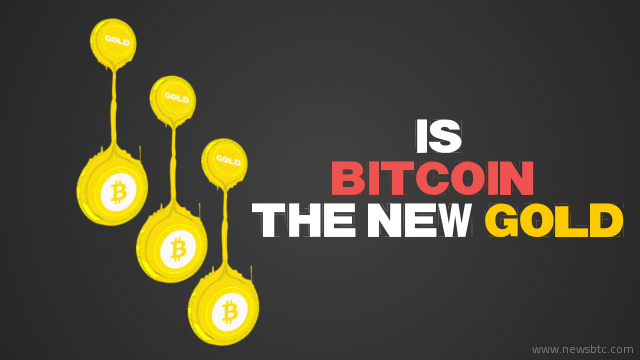 Is Bitcoin the New Gold in the Financial Markets?

Gold prices have been steadily tumbling in the past few weeks, more so recently after the Chinese reserves data revealed a smaller than expected portion of gold reserves. Gold has been treated as a hedge against inflation, typically gaining in value also when investors are seeking lower-yielding returns from safe-havens.

This time around, even with all the monetary policy easing going on among central banks and the prospect of another downturn in inflation, gold prices have failed to rally. Some financial market experts say that gold prices might not see much upside anytime soon since investors are moving funds to alternative investments like bitcoin.

As of this writing, gold prices are down nearly 40% from their peak back in 2011. At that time, gold has drawn a lot of demand when central banks had been intervening in the forex market to control their respective currencies’ values or to stimulate their economies. This has led to a bit of distrust in the financial system, leading traders to diversify their holdings to more secure assets like gold.

Just like bitcoin, gold draws its value from scarcity since the limited amount in circulation and consistent demand are driving prices higher. However, demand has significantly weakened in the past months now that bitcoin is offering another way to partake of a decentralized asset that is also scarce.

In the past, gold has been moving in tandem with equities yet it looks like this correlation has also broken down in the past few months. US stocks have been testing all-time highs yet gold’s rally has been unable to gain traction.

According to journalist Jeff Reeves, the gold slump might be here to stay since the competition it faces from bitcoin and other digital currencies is pretty stiff. In addition, he pointed out that the markets have reached the end of the “super cycle” of commodities, which could mean that a bear market is underway.

BitStarz Player Lands $2,459,124 Record Win! Could you be next big winner?
Get 110 USDT Futures Bonus for FREE!
Tags: bitcoin goldbitcoin investmentbitcoin tradingfuture of bitcoinfuture of moneygold pricesOpinion
Tweet123Share196ShareSend
Win up to $1,000,000 in One Spin at CryptoSlots