Is the Time Ever Right to Invest in Bitcoins? 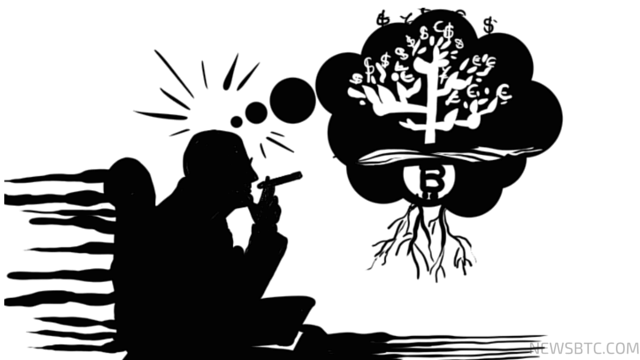 The Bitcoin price has been showing considerable improvement since the beginning of November. The currency–which was holding steady in the two hundreds mark until then–broke free to the $500 mark before stabilizing around $350.

Bitcoin is known for its volatility, which is keeping many people away from it at the moment. However, many people across the world are aware of Bitcoin’s potential, and they are interested in having a piece of the pie early on. “When is the right time to invest in Bitcoin?” is now one of the common questions asked by scores of people across the world. Bitcoin price volatility, uncertainty concerning regulations, etc. make it hard to identify the right time to buy, however.

Jeffrey Tucker, the director of digital development at the Foundation for Economic Education, might have an answer to those who are wondering how to invest in Bitcoin. In a recent interview on Russia Today, Jeffrey discusses about the right and the wrong ways to go about investing in Bitcoin, and he shares the same opinion as many others about bitcoin’s maturity at this point.

Investing in Bitcoin at an early stage is a good opportunity, as the value of bitcoins is bound to go up in the near future. Adoption of Bitcoin technology and payment options by banks, financial institutions, and data management solutions makes sure of it. However, making profitable investments into Bitcoin is a completely different trick altogether; according to Jeffrey Tucker, it is not a good idea to follow the bandwagon and resort to panic buying when Bitcoin’s price is exhibiting an increasingly upward trend.

Buying Bitcoin when its price is going up is one of the common mistakes most people make. The best way to invest in Bitcoin is by waiting for the price to stabilize before making a purchase; it is better for people to closely observe the price for a couple of days before buying it. This way, the chances of losing money are smaller. If one buys while the price is going up, they will end up losing more money when the price comes down and stabilizes.

He explains that the difference between smart and dumb investors is the time they choose to invest in the cryptocurrency. According to Jeffery Tucker, ones who buy going by the reports of Bitcoin value going up are dumb investors, whereas those who wait until the discussion about Bitcoin price dies down and makes a purchase when nobody is looking are the smart ones.

If anybody is looking for an opportunity to invest in Bitcoin, don’t hurry! It is better to have some patience to be a smart investor than to be a dumb one.