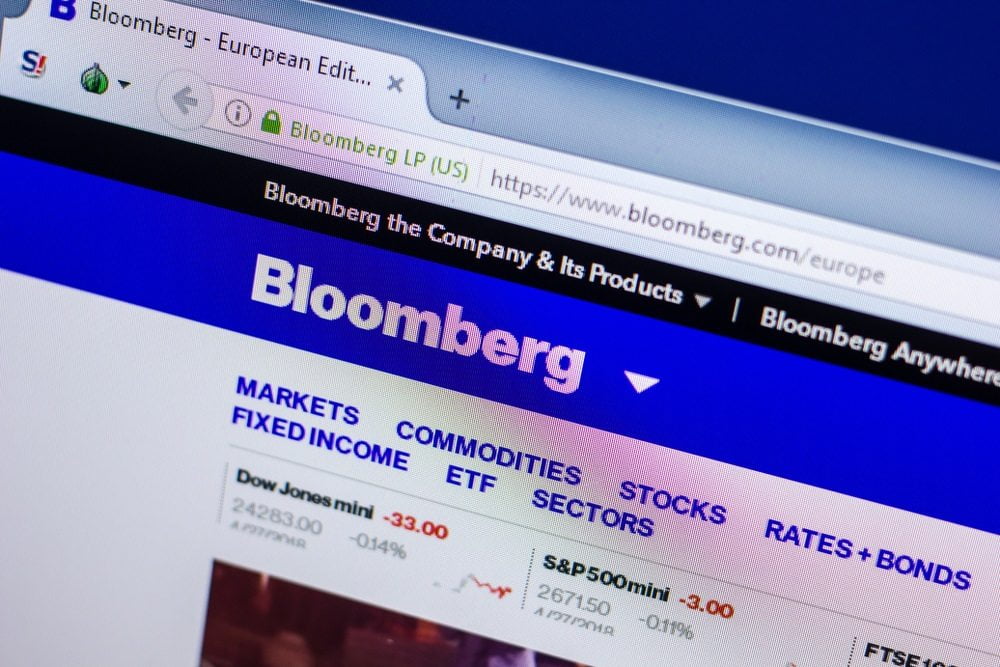 Crypto exchange Kraken has responded to a recent article by Bloomberg that argues Tether (USDT) is being manipulated on their exchange. Kraken took a dig at the article’s complex headline and insinuated that the article was written to have an effect on the price of futures trading.

Four Bloomberg reporters claimed that data from Tether trading on Kraken showed two red flags for regulators on June 29. Today, Kraken argued the article was badly written, defied logic, and was shamelessly copied by other ‘journalist lemmings.’ In response to claims that the exchange is involved in market manipulation, they suggested that Bloomberg have their own incentives for the piece to be written.

Kraken said, in a statement:

“If we are to take up our pitchforks against market manipulation, guide your torches toward this illumination: the Bloomberg News piece was published on June 29th, the last business day of trading for Q2, and expiration date of numerous futures contracts. It raises red flags.”

Kraken was presumably referring to the CME futures trading which ended on June 29 with a settlement date of July 5. Futures trading is where two traders agree to sell an asset between them at a fixed price in the future, essentially betting if it will go up (long) or down (short). Kraken is implying that the article could have dropped the price of Bitcoin, making profits for those who had shorted it.

The Bloomberg article made two allegations against Tether trading on the Kraken exchange using data provided by Kraken. It claimed that some small trades made a bigger difference in the price of Tether than larger trades. It also pointed out that a high number of trades are made with specific order sizes that are unlikely to be made by humans.

The article said: “Unlike the price of Bitcoin, which fluctuates in tandem with shifts in trading volume, the price of Tether is inconsistently changed by large and small orders to buy or sell the coin.”

Kraken responded to the first claim by stating that Tether is backed one-to-one by the US dollar. This is what makes is different from Bitcoin, which has a price based purely on supply and demand. After questioning why someone would spend time wash trading a pegged asset against its peg, they put in a dig at the US dollar which they claimed ‘is an explicitly manipulated asset.’

In response to smaller trades having a greater effect on the price of Tether, Kraken humbly admitted that although they are proud of their reputation, they are not big enough to determine the price of USDT. Kraken said:

“This level of USDT price discovery happens on markets with hundreds of millions of dollars of volume, not on Kraken’s USDT/USD market, which has currently traded less than $1 million in the last 24 hours.”

Kraken only offered three words in response to the second claim after they spoke to the trader responsible for the orders of 13076.389 USDT which accounted for ‘7.9% of total trading activity on Tether between May 1–June 22′ according to Bloomberg. The trader told Kraken the number was ‘literally randomly selected.’

Tags: bitcoinbitcoin futuresbloombergCMEkrakenprice manipulationstablecointetherUSDT
Tweet123Share196ShareSend
Win up to $1,000,000 in One Spin at CryptoSlots