Despite Gemini support and yesterday’s two percent gain, sellers are in control. In fact, we may see prices sliding below $50 confirming the trend resumption phase of the bear break out pattern that begun in early August. Generally, we are bearish but this could change if Litecoin find support and we see a pump towards $70.

It’s true that Litecoin co-founder Charlie Lee is never shy of the cameras. Sometimes he can be controversial but more often than not, he fires back with sense. That’s admirable. Though Monero is privacy specific with obfuscation features that is making the US Secret Service uncomfortable, still Charlie Lee is a big fan of the coin.

Fungibility is the one and only feature of sound money missing from Bitcoin and Litecoin. Do you support adding a privacy feature to Litecoin? If so, which do you prefer and why?

He relayed his intentions when he carried out a Twitter poll asking users to vote if they would want to see Confidential Transactions (CTs), ZK-STARKs or ZK-SNARKs or Mimble-Wimble implementations. The majority were for incorporation of CTs but it was split in between with some preferring leaving the network as it is for unnecessary scrutiny.

In the meantime, Gemini will from today allow deposit of Litecoin after getting the necessary approval from the New York State Department of Financial Services (NYDFS).

We are pleased to announce that @litecoin (LTC) is now available on Gemini! Starting tomorrow, we will begin accepting Litecoin deposits, and trading will open across all currency pairs on Tuesday. For more information, please visit our blog on @Medium https://t.co/it5xuF9Hr5

While making the announcement, the VP of Engineering Eric Winer said the exchange will offer both trading and custody services for Litecoin beginning today. However, trading begins on Oct 16. Regardless, Gemini is taking a prudent approach before offering support for any coin. This security first approach has seen them being held to “the highest standards of banking compliance and fiduciary obligations” by regulators. 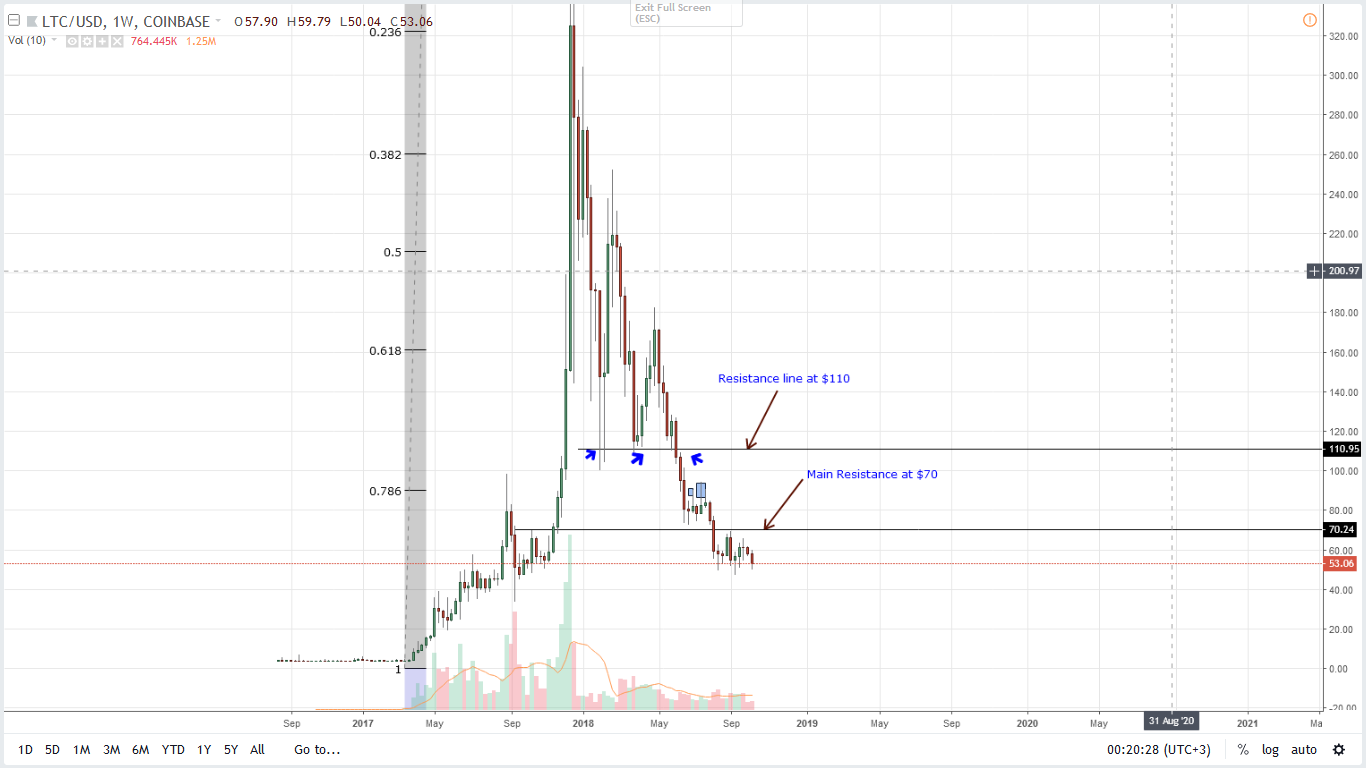 Losses are deep in the weekly chart. With an eight percent slide, the market is obviously struggling against bears. As a result, we could see LTC print new lows more so if there is a follow through next week. Though there is optimism from Gemini, price chart arrangements offer support for sellers.

Because the path of resistance is to the south all due to the liquidating effect of week ending Sep 9 which in turn confirms the bear break out of week ending Aug 12, we recommend sells in lower time frames once prices slide below $50.

Conversely, should buyers build enough momentum breaking above the consolidation of the last two months, then this bear projection would be invalid. 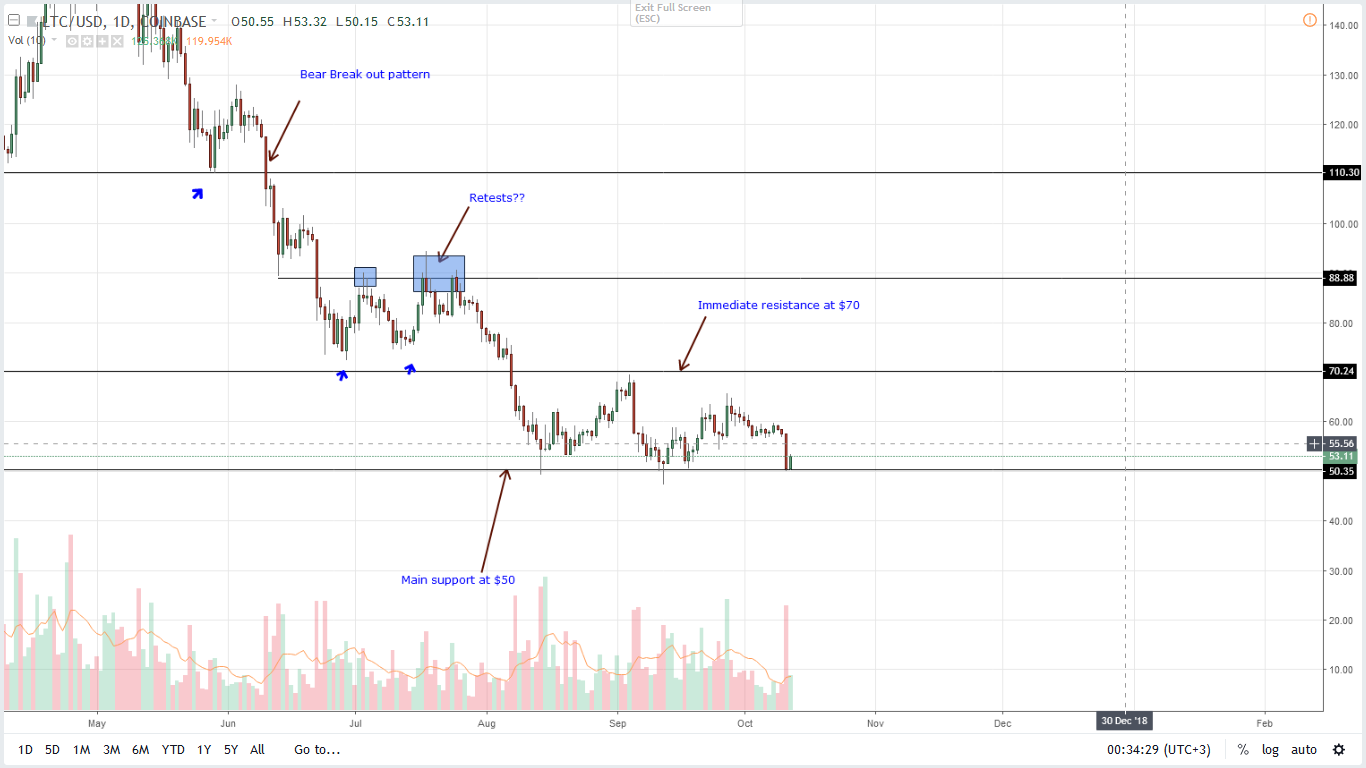 Aside from Oct 11 strong bears, we can easily note that Litecoin prices are ranging with clear supports and resistance at $50 and $70 respectively. But, what is important is the price action in the first week of Aug. Then, we saw bears melt below $70 triggering a bear break out pattern.

Consequent retests happened in early Sep and since then prices have been consolidating printing lower lows. In days to come as reiterated, what we want to see is a solid close below $50. Preferably, we want to see one full bear bar closing below $50. Thereafter, sellers can begin unloading at spot with first targets at $30.

Tags: charlie leeGemini LitecoinLatest Litecoin NewsLitecoin price analysisltc/usd
Tweet123Share196ShareSend
BitStarz Player Lands $2,459,124 Record Win! Could you be next big winner? Win up to $1,000,000 in One Spin at CryptoSlots