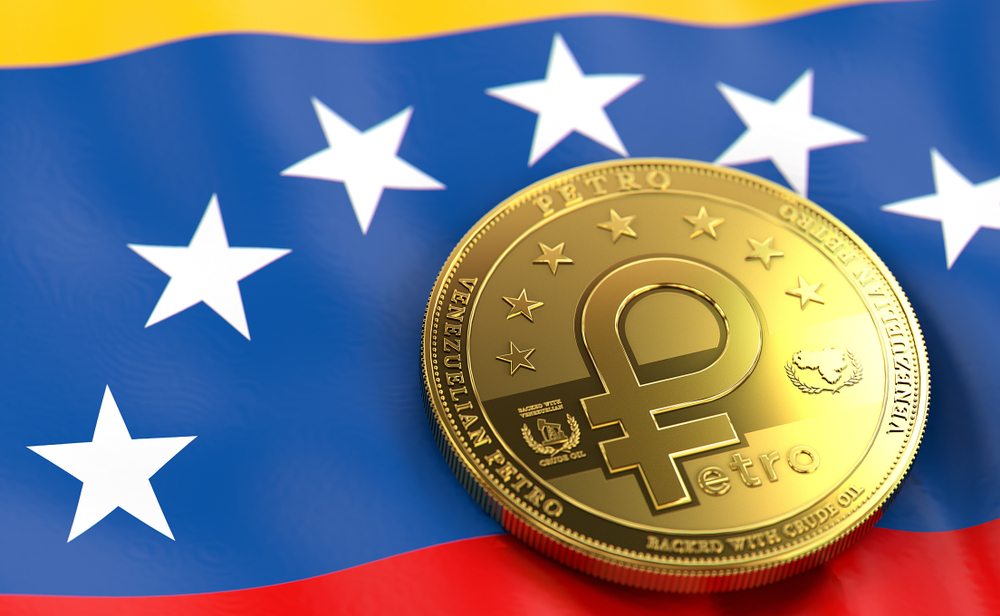 Facing hyperinflation as well as international sanctions that have brought Venezuela to its knees, controversial President Nicolás Maduro has mandated that his recently-developed Petro cryptocurrency become the nation’s second official currency.

The news was announced by Maduro in a televised address today, and will officially be in place by August 20, when the “sovereign Bolivar” will be joined by the Petro. In attempts to combat rampant inflation, the move is set to apparently take five zeros away from the national currency.

In July, the International Monetary Fund (IMF) warned of an economic “collapse” in Venezuela, for which it projects an inflation rate of 1,000,000% by the end of 2018 and a fall in GDP of 18%. This current situation, the IMF says, is comparable to that of Germany during the Weimar Republic or the Zimbabwe crisis at the end of the last decade.

These numbers put the price of a cup of coffee, once worth just 450 Bolivar, at more than one million today. Looked at another way, one million Bolivar is the equivalent of roughly 30 American cents.

Maduro confirmed that the valuations of each currency will come from the Central Bank (CBV). He also hinted at a new salary system built for paying wages using the Petro, as well as new pricing guidelines for goods and services, but no real details were provided in the address. The Petro will be used by the state oil industry, and will also be pegged to the “sovereign Bolivar,” meaning the Petro will be a sort of stablecoin for Venezuela.

“Venezuela is going to have a real official marker […] so that the speculation with the Venezuelan currency is over,” Maduro boasted.

International Perspectives on the Petro

The Petro has been something of a pet project for Maduro, and it’s thought that his plan has been to skirt the harsh international sanctions imposed on his government by conducting international trade with Petro rather than the Bolivar.

There is also evidence to suggest, as NewsBTC reported in March, that the Petro was ushered into existence in part by Russian officials, bankers, and businessmen. The theory is that Russia and Venezuela want to use the digital currency as an experiment in dodging U.S. sanctions placed against both countries.

In April, President Donald Trump, believing the Petro to be simply an extension of credit to the Venezuelan government, issued an order prohibiting U.S. citizens from engaging in transactions using the token. The Treasury Department called it: