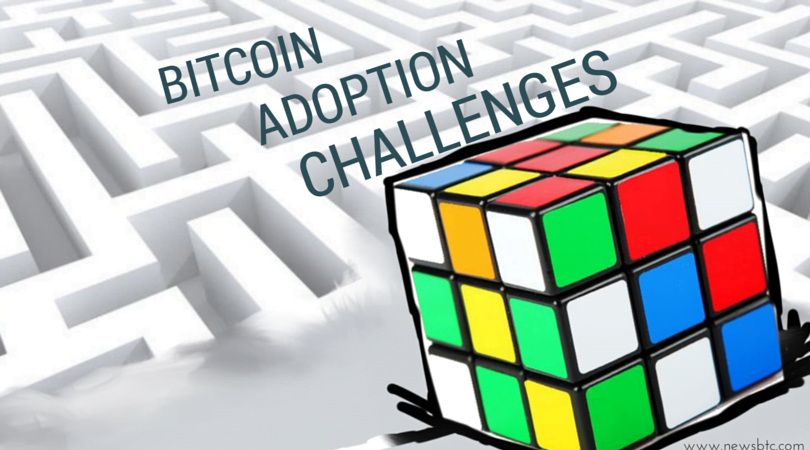 Bitcoin has already been existence for more than half a decade yet it has a long way to go before achieving mainstream acceptance. In fact, the challenges facing bitcoin back then are still pretty much the same ones it is struggling to surpass now.

The Trouble with Bitcoin

When it was first introduced, the main obstacle was the technical jargon and computer background needed to understand the concept itself. Bitcoin involves computers solving complex algorithms in order to verify transactions, something that was difficult to grasp by the common man.

From then, the features of bitcoin made it popular among members of the Dark Web or underground market. Bitcoin became prevalent in use with money laundering and criminal activities such as drug deals or assassination attempts, lending a negative light on its reputation.

This has also earned the ire of government officials and financial regulators who are having a hard time monitoring the activity in this industry. Many have made an effort to understand how the bitcoin ecosystem works while others dismissed the cryptocurrency as illegal.

“We need to work on how do we bring people in and how do we capture the mainstream audience,” said Connie Gallippi of Bitcoin Foundation. She believes that the concept has to be made less complicated in order to capture the interest and trust of the general public.

As of now, three out of four Americans haven’t even heard of the six-year-old digital cash, a study conducted by the research firm GfK and The Street recently revealed.

Read our comparison of 50 different crypto casinos. Find out who has most generous bonuses, best UX, knowledgeable customer support and best provably fair games.
Tags: Bitcoin adoptionbitcoin literaturebitcoin understandingOpinion
Tweet123Share196ShareSend
Win up to $1,000,000 in One Spin at CryptoSlots