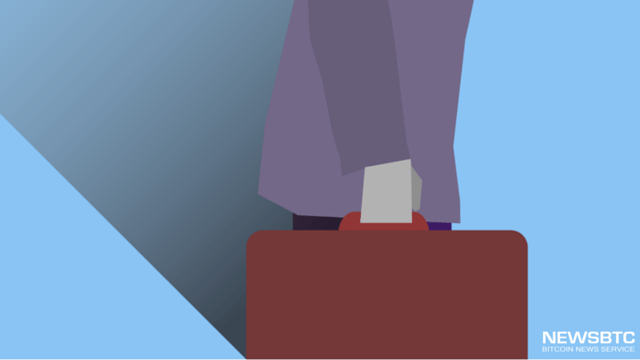 Over the past five years, Hearn dedicated himself in contributing to the Bitcoin network and community, writing software that is now used by millions of users and hundreds of developers worldwide. Hearn designed JAVA implementation and libraries, which are now heavily used by many mobile wallets and services in the industry.

Regardless of his significant contributions, Hearn ultimately decided to leave the community because of his strong belief that Bitcoin – as a technology – has failed. The community has become centralized and companies have begun to realize that they have been played.

“It has failed because the community has failed,” said Hearn. “What was meant to be a new, decentralised form of money that lacked “systemically important institutions” and “too big to fail” has become something even worse: a system completely controlled by just a handful of people.”

The Bitcoin network is on the verge of a technical collapse, due to the downfall of various mechanisms that could have saved the network, continued Hearn. He doubted if Bitcoin can actually surpass the technological capabilities and advantages than the existing financial system.

The real commercial issue with Bitcoin as cited by Hearn – and Bitcoin-using businesses like Prohashing – is the number of transactions being stalled and delayed by the network to the point where commercial businesses are struggling to provide Bitcoin as a payment and transaction settlement service.

Prohashing for example, has begun to receive an increasing number of complaints from its users regarding the delayed payments which from time to time, took nearly 14 hours to process. Users expecting to use a decentralized and peer to peer network which supposedly settled transactions instantaneously were disappointed, and begun to switch back to existing financial platforms.

“The issue is that it’s now officially impossible to depend upon the bitcoin network anymore to know when or if your payment will be transacted, because the congestion is so bad that even minor spikes in volume create dramatic changes in network conditions. To whom is it acceptable that one could wait either 60 minutes or 14 hours, chosen at random?,” said Prohashing founder Chris Sokolowski.

“It’s ludicrous that people are actually writing posts on reddit claiming that there is no crisis. People were criticizing my post yesterday on the grounds that I somehow overstated the seriousness of the situation. Do these people actually use the bitcoin network to send money everyday?”

Despite such issues with the Bitcoin network and commercial businesses integrating the protocol, Hearn says that the block size increase is being regulated and blocked by the Chinese miners, who control over 95% of hashing power. Chinese miners are generally skeptical towards increasing the limit of the block size because any negative information regarding Bitcoin can cause investor panic and the the country’s internet which is completely regulated by their government disallows the transfer of data across the border.

“Imagine an entire country connected to the rest of the world by cheap hotel wifi, and you’ve got the picture. Right now, the Chinese miners are able to — just about — maintain their connection to the global internet and claim the 25 BTC reward ($11,000) that each block they create gives them. But if the Bitcoin network got more popular, they fear taking part would get too difficult and they’d lose their income stream. This gives them a perverse financial incentive to actually try and stop Bitcoin becoming popular,” said Hearn.

Even if a new team replaces Bitcoin Core, Hearn emphasizes that the concentrated and centralized mining power in China would still be a critical issue. He claims that the digital currency has no future, for it is “controlled by fewer than 10 people.”

“For a community that has always worried about the block chain being taken over by an oppressive government, it is a rich irony,” stated Hearn.

Tags: bitcoinBitcoin CoreBitcoin NewsMike Hearn
Tweet123Share196ShareSend
Win up to $1,000,000 in One Spin at CryptoSlots