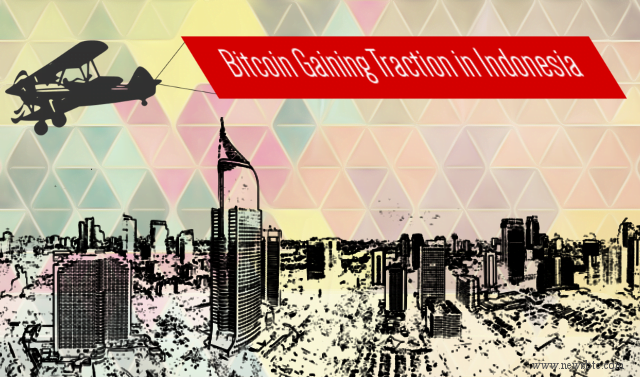 While most bitcoin startups are based in developed nations such as the US or the UK, there has been steady growth in developing countries as well. In particular, Indonesia has seen signs of bitcoin gaining traction in the payments and money remittance sector.

A report released in the Wall Street Journal revealed that majority of the locals started to use bitcoin online and began to appreciate bitcoin’s low transaction fees and speed. Bitcoin exchanges have also opened left and right, allowing investors to profit from price changes in the cryptocurrency.

“Most Indonesians currently use bitcoin to pay for services online, such as web hosting. They can also use the digital currency to book hotel rooms through travel websites hosted overseas rather than use credit cards, which only a small percentage of the population currently own,” the WSJ article indicated.

However, the article also noted that the Bank of Indonesia currently does not recognize bitcoin as legal tender, constantly warning the public about risks associated with transacting using cryptocurrency. Despite that, three big bitcoin startups (Bitcoin.co.id, Blossom, and Quoine) have been able to set up shop in the country to take advantage of the digital currency’s growing popularity.

Bitcoin Indonesia, which is one of the exchanges operating in the country, reported growth in its client base. The company has seen a trading volume of 200 bitcoin daily, catering to roughly 56,000 customers. “Many people think that Bitcoin is unheard of in Indonesia, but the fact is its popularity is soaring now,” Bitcoin Indonesia CEO Oscar Darmawan said.

Some bitcoin startups from abroad have also relocated their offices in Indonesia to fill in the gaps with the country’s poor payments systems. Bitcoin payments have also proved to be beneficial for the country’s strong tourism industry, as Indonesia’s beaches are often frequented by foreigners who transact using cryptocurrency.