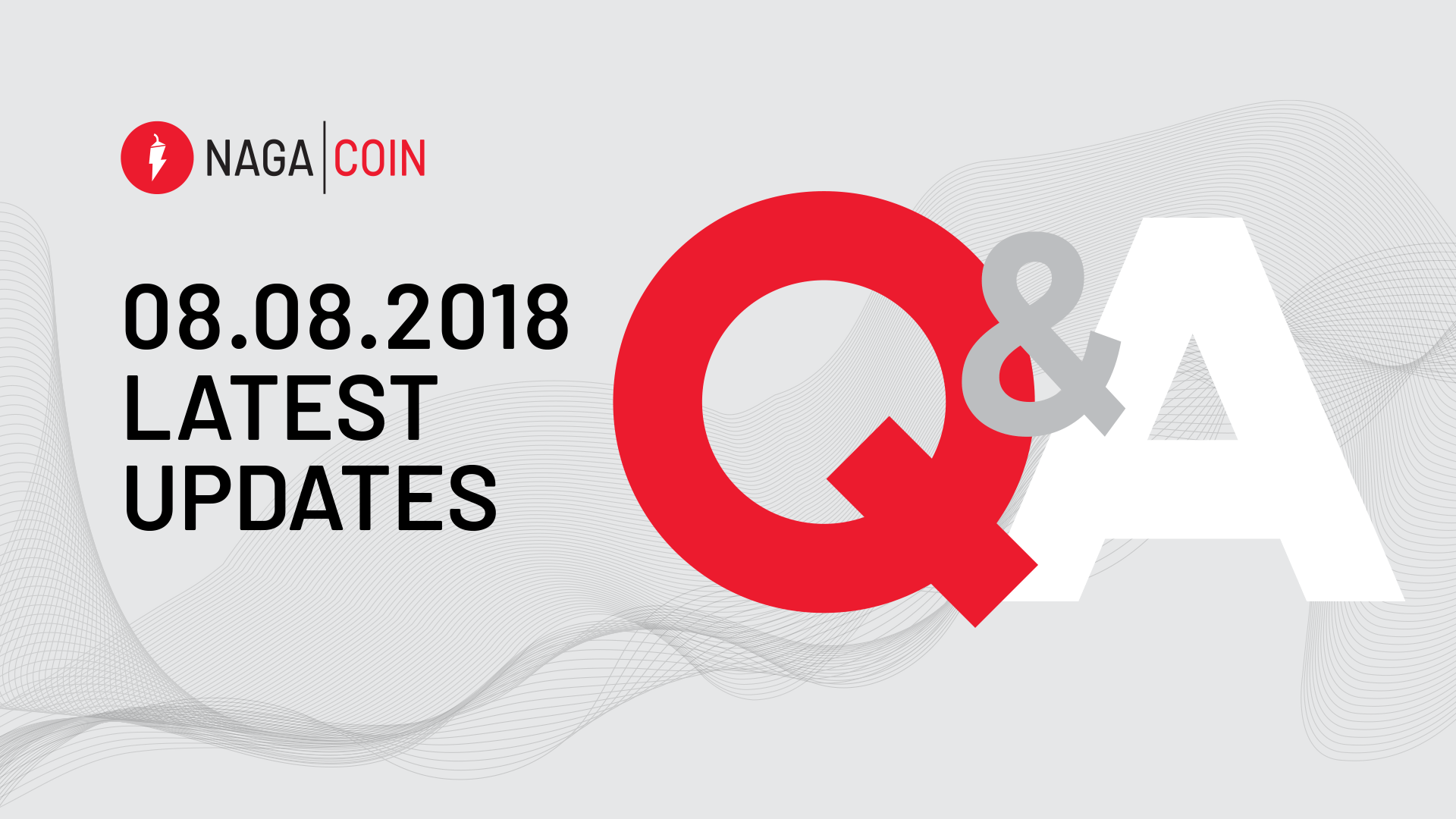 The NAGA Group has made a lot of headlines in the past few months following the release of a range of products, all geared towards bolstering the NAGA Ecosystem. The NAGA team has come a long way, especially when you consider that this is a listed company that has been around for less than 3 years.

The NAGA Ecosystem is a community-oriented solution, and as a regular exercise, the top executives of the company have made it a habit to frequently interact with their community across various platforms. In one such recent event, Ben Bilski the founder of NAGA was part of a live YouTube Q&A session.

Starting with the introduction of a new team member – Aleksei Agarkov, Ben responded to over 20 questions regarding their products and the community. The address was not just targeted towards the blockchain arm of the business and the NAGA Ecosystem, but also the shareholders of the publicly listed NAGA Group.

While inspiring confidence in the company, and assuring viewers that their investment is safe, Ben clarified that the company is doing great and that the promoters of the company are in the game to develop and deploy meaningful products and services.

After addressing some of the concerns about NAGA Group and its stock price, Ben talked about some of the latest updates about the features that are being introduced on NAGA TRADER. Currently, the trading bot and the AI trader on the platform, CYBO, is optimized for fiat transactions, and support for NGC and other cryptos is still in the works. The updated version of the tools with NGC and crypto support are expected to be available in the next few weeks. These updates will be accompanied by an announcement of rewards and benefits for NGC holders, while using various tools on NAGA TRADER and other NAGA products.

NGC will soon be supported by NAGA VIRTUAL. On the topic of virtual goods, NAGA TRADER is also proud to incorporate the first ever financial instrument based on an in-game item from the hugely popular online game, “Counter-Strike: GO”. With this latest inclusion, NAGA TRADER will become the world’s first platform to support the trading of crypto, stocks and in-game items. These can be traded and exchanged against each other as well.

As the number of products within the NAGA Ecosystem continues to grow, the platform is planning to implement a single sign-up for all of them.

Ben touched on a lot of topics along with Aleksei, including a sneak peek into the design and functioning of the upcoming NAGA EXCHANGE and how it will enhance the trading experience of NAGA users.  The launch of NAGA EXCHANGE will coincide with the inclusion of NGC on NAGA VIRTUAL.

Other updates during the session included discussion about the company’s marketing campaigns, the upcoming launch of NAGA CARD in mid-September. NAGA CARD will support EUR/USD/GBP and include an IBAN that will allow users to directly receive fiat payments or transfers into their account. NAGA CARD will be connected to a holder’s NAGA TRADER account.

In other news, NAGA WALLET is soon going to get USDT support, which is currently in the testing stage. The wallet app will also be available on iOS-powered mobile devices in the coming months.

The Q&A also addressed some of the issues with the listing of NAGA COIN on CoinMarketCap and EtherScan, which is being resolved by executives who are in constant touch with the concerned websites. As more people start moving the NGC tokens received during the token sale, some of the discrepancies regarding the total cap of NAGA COIN on EtherScan are expected to be rectified.

Customers, We Hear You!

At the end of the session, both Aleksei and Ben agreed with the users about the need for better customer support for the community. They confirmed that the company is working on improving this, especially via the chat option. They did point out that there are plenty of other channels available as well, including Telegram chat, email, and phone.