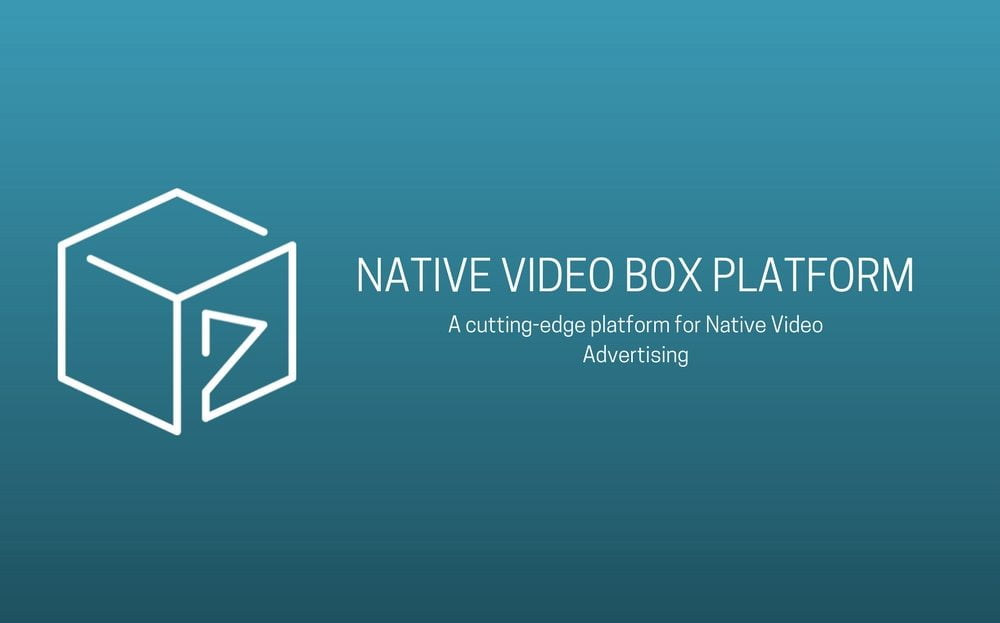 Going up against YouTube may seem like a fool’s errand, but even if the video giants control 95% of the market worldwide, the remaining 5% can still be an attractive market. An up and coming company from Russia has set its sights on this (and maybe more), using blockchain technology and cryptocurrency to sound out the possible future of internet advertising.

Native Video Box resembles YouTube in the same way that cryptocurrencies resemble traditional banks. It is an independent native video platform with a native ecosystem approach to advertising. In the current advertising industry, up to 70% of advertisers’ money is taken by intermediaries before it reaches the publisher. Today, with cutting-edge technologies of programmatic advertising, blockchain and tokenization, NVB has a chance to change the way the game is played.

In contrast to traditional services, NVB gives 75% of its advertising revenues to those who truly create content and deliver it to the viewer: the owners of video content (15%) and website owners (60%). Alexander Shishov, NVB founder and CEO, says “All of this gives our network an enormous advantage of organic growth, attracting the best platforms and licensed video content for a reasonable fee, which will thus be very attractive to advertisers.”

Native Video Box (NVB) was originally launched in Russia in early 2016 as a native video platform for websites with editorial content. They have since developed an MVP with machine learning that has acquired local business traction and are now refactoring the project to go global and implement blockchain as a cutting-edge adtech service. Its marketing and development team remains based in Moscow, but, as Shishov says, “the rest are spread out all over the world – just like our platform.”

A key advantage that NVB has over native advertising systems such as Taboola and Outbrain is their selection, based on machine learning, of video that is 100% relevant to the content of the page (and not to the user, in contrast to a service like YouTube) and a proprietary brand safety algorithm.

An advantage over systems such as Plista and Engageya (which are also partially oriented to monetizing through video advertising) is the large selection of inexpensive and relevant videos, due to NVB’s close cooperation with video bloggers and content creators.

Mr. Shishov remarks, “We don’t have direct competitors: for now, we are the sole platform that offers a turnkey solution for making money on video advertising for sites that don’t have sufficient quantities of their own video content in. Video bloggers are also given the chance with a single click to distribute their videos beyond the audience of the normal video hosting sites, and make a good income doing so.”

NVB is currently working towards the launch of an ICO on January 1. The ICO will offer an ERC-20 product token, which does not burn up by default on use; however, NVB reserves the right to burn up to 100% of the tokens that it receives in payment to service the operation of the system. The ICO has a hard cap of $15 million ($500,000 for the pre-ICO and $14.5 million for the main stage of the ICO).

The NVB token is an internal currency: all transactions among system participants are carried out exclusively in tokens. To buy advertising views, advertisers will have to acquire NVB tokens. Because NVB tokens are a cryptocurrency, they are a simple way to make payments to each individual blogger or site in any country worldwide, which solves the issue of regulatory documentation or settling financial claims, and also the problem of the high commissions of fiat banks (for currency exchange).

NVB is being advised by ICOBox, the global leader in the ICO market. ICOBox founder Mike Raitsyn calls NVB “a unique, intriguing project, which should greatly benefit from the opportunities afforded by its ICO. An ICO represents an opportunity to really get a project going, to bring a certain kind of conceptual model to life. Startups can be at various stages when they make their ICOs; some have already completed part of the project, others have only a great idea and huge ambitions.”

Nikki Stewart, founder of CSCC Media, a media marketing professional with more than a decade’s experience in digital media and internet communications, comments that “Native Video Box brings together the most cutting-edge video ad technologies in an entirely new ecosystem, created to benefit publishers and content creators.”