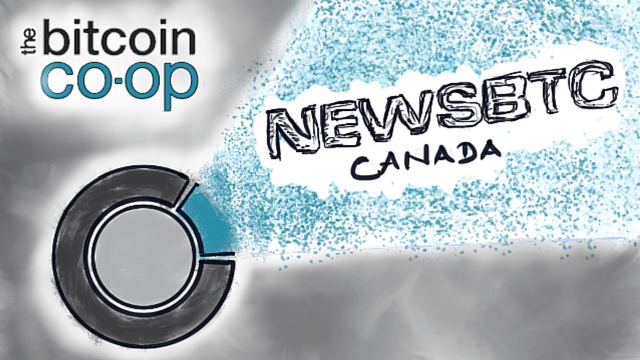 The Bitcoin Co-op has been an important part of the Canadian Bitcoin community from the beginning, before the days of altcoins and non-currency uses of the blockchain. Although registered as a for-profit cooperative, its focus has always been on Bitcoin outreach, having convinced dozens of merchants to use bitcoins and fostered student clubs around Vancouver.

The Co-op also has other projects, such as the Food Initiative and related Bitcoin farm. Such initiatives cost money, however, so a team of members lead by director Andrew Wagner have undertaken a new enterprise. Effective immediately, the Bitcoin Co-op is the new owner of NewsBTC Canada, a publishing outlet under the NewsBTC brand.

NewsBTC is a premier cryptocurrency news outlet, with an Alexa ranking of around 40K at the time of this writing. It was formed in October, 2013 by CEO Jonathan Millet, who comes from a forex background. After a turbulent period of site redesign and development, it grew to be among the most trusted Bitcoin news sites, where it still is, today.

In June of 2015, Andrew became NewsBTC’s Community Manager and rapidly built the largest Bitcoin news franchise in the world. There are already over a dozen franchisees posting content in at least half as many languages, with Latin America leading the way. The Canadian franchise was among them from the outset, but stagnated under the previous management.

Given that Canada is among the most Bitcoin-friendly countries in the world, this came as a surprise. It houses the world’s first Bitcoin ATM, as well as the first Indian restaurant, first nightclub, and first cafe franchise to accept the currency. This year, the Canadian senate even published and hashed a report into the Bitcoin blockchain, which calls for “light-touch approach” to regulation in the country.

The Bitcoin Co-op plans to capitalize on the fertile ground they’ve created. Writers will focus on local stories, such as upcoming events, new businesses accepting crypto, and the latest relevant laws and court cases. Experts on specific topics will weigh in at regular intervals to give a Canadian perspective on industries and issues such as coin mining and regulatory guidelines.

As per its cooperative philosophy, revenue will be distributed in an egalitarian fashion. It will be divided equitably among NewsBTC Canada writers in proportion to their volume of work published, with bonuses given for articles high in quality, readership, or strategic value. Once a sufficient stream of income has been established, a paid manager will be appointed, and a portion kept by the Co-op using their multisignature Bitcoin address by CoinKite.

Advertisers are expected within a couple months, given the high number of cryptocurrency-related companies in Canada–it rivals the United States in the amount of capital invested nationally in the Bitcoin industry, and leads the world in second place despite its proportionately small population. The team is very excited to begin, and hopes to be up and running within a week.