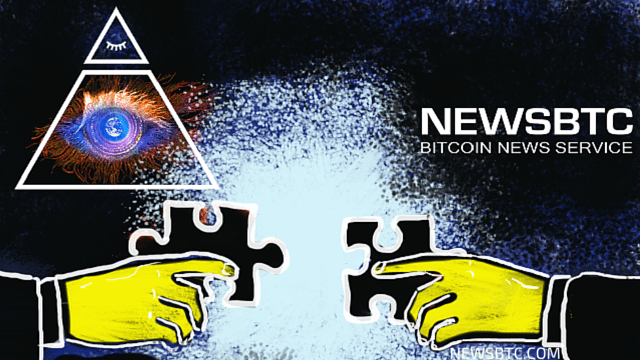 Bitcoin has caused a revolution in multimedia, among many other things. This includes not only news providers such as ourselves, but also music, entertainment, video games, and even the means of publishing itself. The decentralization movement has spawned a community with its own culture, which produces artwork such as fashion, songs, and fictional material.

NewsBTC plans to support such projects, such as our new partners at Crystal Insight whom are producing Death Row Democracy. Work began on this TV series at Decentral Vancouver in early 2014, and has been filmed at numerous prime locations since then. It’s being funded, produced and published using blockchain technology, and the storyline is true to form.

It takes place in the future, when decentralized technology has finally become an existential threat to the traditional power hierarchy. The elite move decisively to squash this movement, and the world is split into two economies. “Libertarian cyberpunks” invent a new cryptocurrency that is completely untraceable, and spawn a peaceful revolution with new businesses and organizations that are impervious to central authority.

As always, however, there is a twist: an anonymous website for bounty hunters grows to power, and anyone can be a target. Both sides get caught up in the ensuing drama, with many cameo appearances by known persons in the Bitcoin space. Many of them will be actively involved in the production and marketing process.

The entire project is funded using bitcoins, in which almost all of its expenses are paid. The founders Christian and Crystal-Dawn Blaze are practically living on BTC, a growing trend they hope will spread. They’re even working with decentralized distribution channels–the first episode will release first via Namecoin at deathrowdemocracy.bit before March 2016.

NewsBTC will be covering their development every step of the way. Our staff are friends with the Blazes, and will have an inside view of the process. We’ll be bringing you the latest news about the project, plus summarizing and analyzing each episode as it is released. In return, NewsBTC and its staff will be among the many cameo appearances on the show, and will receive logo placement on their website and credits.