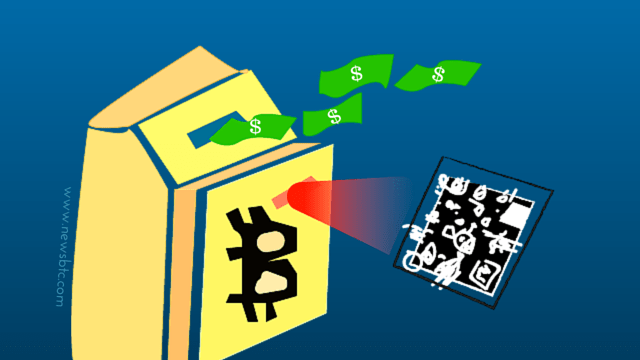 Bitcoin ATMs are the easiest way for people to exchange bitcoin for fiat currency or vice versa “on the spot” instead of using online exchanges. The number of bitcoin ATMs across the world are growing every day. Recently Greece got its first two way bitcoin ATM that allowed people to withdraw money in excess of 60 euros from their bitcoin accounts while the capital controls are still in place.

The State of New Jersey got its first bitcoin ATM a couple of days ago. The bitcoin ATM manufactured by Kointron was installed in the Smoke Shop, 2822 Kennedy Blvd Jersey City. The company chose to install the ATM there as it is one of the busiest areas in the city with lots of students, businessmen, employees and tourists visiting the place every day.

Now that the city has its first bitcoin ATM, it is time to find whether it is popular or not. While we assumed that it would be popular with many people wanting to try it out, a New Jersey news publication decided to visit the Smoke Shop and find it out for themselves. According to the news site, the scenario out there was completely opposite to what most of us have assumed. As they went on asking few questions to patrons of the Smoke Shop, they came to realize that most of them didn’t want to try it out. While some of them knew about bitcoin or at least have heard of it mentioned, there were many who were clueless.

According to author, when she explained those present there about bitcoin as a virtual currency, many were taken aback and didn’t want to go near it and there were few who were indifferent to the whole concept. Even the students and tech savvy community seem to share the same vibe. Except for few people who have been using bitcoin to buy stuff from online stores, there aren’t many takers for bitcoin in Jersey City’s Smoke Shop.

Some people are still of the view that it is safer to pay with fiat currency and they would continue to do so. Even though having more faith in fiat currency is not a bad thing, it also means that bitcoin still has to work hard on creating awareness about it and educate them about the advantages of bitcoin etc. Whereas for Kointron, we hope for the people of Jersey City to gradually loosen up a bit and start using their bitcoin ATM.

READ MORE: Bitcoin ATMs are Having a New Trend

Tags: bitcoin ATMBitcoin NewsgreeceKointronNew JerseySmoke Shop
Tweet123Share196ShareSend
Win up to $1,000,000 in One Spin at CryptoSlots