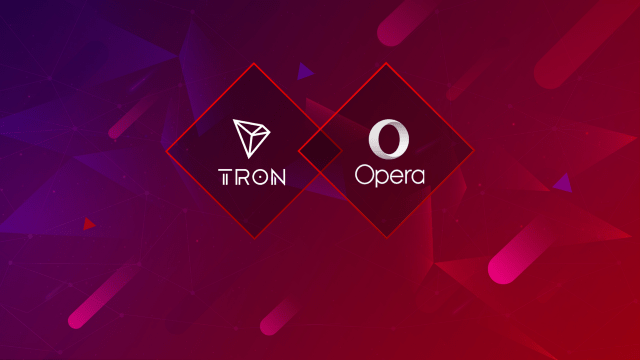 TRON founder Justin Sun has been in the news recently through a number of events. Most famously, perhaps, the recent Tesla giveaway debacle raised the ire of the cryptocurrency community and may well have backfired against its original intention.

However, the famous founder has also encountered a host of positive news bites regarding his blockchain platform TRON. Most recently, the company announced a partnership with Opera, the streamlined web browser of choice in much of Asia.

The connection with Opera is a major boon for TRON. Already boasting a stunning 300 million users, Opera is a fast-rising browser alternative to the less secure and less private Chrome or Safari. Further, their platform is dedicated to making Web 3 more user-friendly and easy to control.

The company has also made strong movements toward the cryptocurrency faithful. The browser already supports ETH and ERC tokens, making it the first web browser with a substantial user base to offer peer-to-peer cryptocurrency payments.

This move to partner with TRON continues the existing direction of the company. In fact, over the next year, their intention is to add as many as twelve new blockchain supports to the browser, increasing user functionality and control. Krystian Kolondra, EVP at Opera and Head of Browsers recently said,

“TRON is a popular, quickly developing blockchain with a swiftly growing dApp ecosystem. We are happy to open our browser to it. By opening products to multiple blockchains, we are accelerating the mainstream adoption of Web 3.”

The news is a major win for Sun and TRON. By offering cryptocurrency wallet exposer for TRON to its massive user base, the company will undoubtedly gain increased user awareness and support for its system.

The connection also allows Opera users to access the TRON blockchain, and to run dApps from the blockchain directly. This functionality further links the company to a wider user base. Per Sun, “We are excited that Opera, a mainstream browser with hundreds of millions of users, will now seamlessly support TRX and other TRON tokens. Soon, Opera users will be able to use dApps on the TRON blockchain.”

Already a major player in the industry, TRON may need to further increase its user base to maintain competition with Ethereum and Binance, both of which have dramatically larger communities. Binance, in particular, represents a movement of the community away from Ethereum as a dApp choice. Battling these two platforms will require increasingly creative methods.

Opera is also ramping up a release of their crypto wallet for iOS users. The massive iPhone market is not yet tapped by Opera or TRON, but the connection would allow iOS users to utilize the TRON blockchain. While Apple’s recent sufferings under the supreme court have slowed the juggernaut, the company still boasts the highest user base in countries with large GDP. The connection would put TRON into the market with crypto’s highest-end users.

The cooperation with Opera and TRON appears to be a true win-win. With both companies gaining substantial benefits, the link should result in strong growth potential for both. As crypto continues to gain adoption, access points for large audiences will be key.