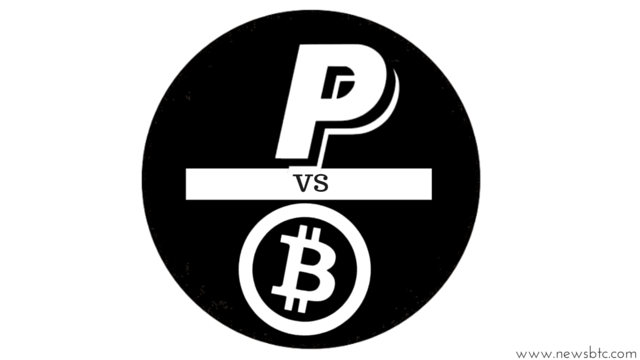 PayPal vs. Bitcoin: Which is Better?

There’s no denying that, when it comes to online payments, PayPal is still king these days. However, bitcoin offers several advantages over this online payment method that could eventually allow the cryptocurrency to establish dominance. Is it really possible?

Perhaps one big thing going for PayPal is that it hasn’t really been heavily linked to illegal dealings the way bitcoin did with Silk Road. This sets bitcoin back by a number of notches, as the cryptocurrency has to prove its legitimacy and security before gaining mainstream adoption.

But while PayPal has been an established company for quite some time, processing majority of online transactions in the past few years, both PayPal and bitcoin are actually almost on a level playing field when it comes to security. Both systems can still be vulnerable to penetration, as PayPal and bitcoin strive to strike the balance between accessibility and confidentiality.

When it comes to ease of use, PayPal was already off to a running start, as the company has been able to fine-tune its operations and user interface, even developing a peer-to-peer system of transactions called PayPal.me. This service is similar to bitcoin wallets, although identities still need to be confirmed for PayPal.

Bitcoin also has price volatility going against it, with some customers hesitant to trade their cash for a cryptocurrency that fluctuates largely in value. Similarly, there is a bit of friction for some merchants accepting bitcoin payments since there is no guarantee that they can liquidate those funds at similar rates during which they received them.

When it comes to online merchants, both payment schemes have made considerable progress in integration. Several startups in the cryptocurrency industry have focused on creating platforms and developer kits that could pave the way for seamless implementation on the merchant’s website while PayPal has offered various options for payment processing as well.

For now, it’s too early to tell whether bitcoin can eventually overtake PayPal and even more difficult to predict when this might take place.

Tags: bitcoin merchantsbitcoin paymentsbitcoin paypalbitcoin transactionsOpinion
Tweet123Share196ShareSend
Win up to $1,000,000 in One Spin at CryptoSlots