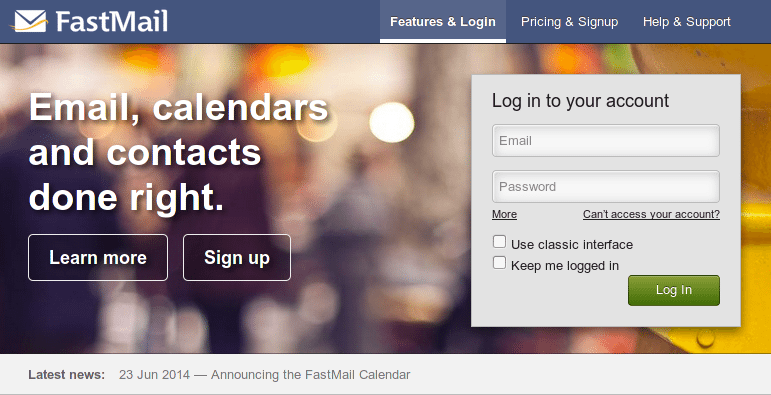 FastMail, an email service offering paid email accounts for individuals and organizations has silently been accepting bitcoin payments for premium upgrade via BitPay.

Since its launch 17 years ago in 1999, FastMail has continued its legacy as one of the most prominent privacy and security focused email service providers in the industry. Today, FastMail is the only email service provider amongst popular platforms including Gmail, Protonmail and Tutanota to accept bitcoin payments for its services. FastMail is currently used by over 100,000 individuals and businesses internationally.

Although the company has still not given an official statement regarding bitcoin payments and premium upgrade options, users are allowed to upgrade and downgrade from Lite to Premier with bitcoin. Premier is FastMail’s most expensive premium service, which is offered at US$120 per year. With the Premier package, users receive 60 gigabytes of mail space and 30 gigabytes of file space.

FastMail is the only reliable email service provider to accept bitcoin payments to date. While its competitors including ProtonMail and Tutanota have either been accepting bitcoin for donations or hinting the community of doing so, none of these platforms provide users methods of using bitcoin to purchase their products and services.

“In our case bitcoins are only accepted for donations. We do plan to accept them for Premium subscriptions in the future as well,” said Meike of Tutanota.