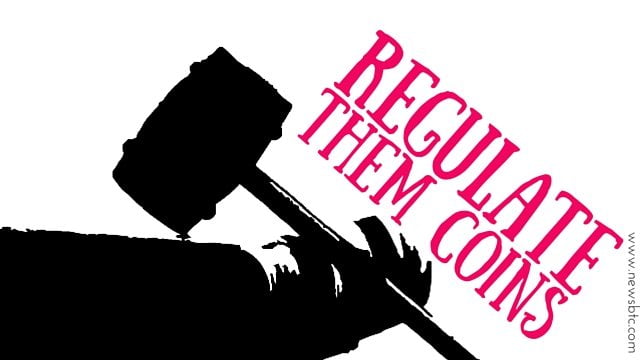 As the popularity of virtual currency reaches a new crescendo so is the demand to regulate it. The latest one jumping on the ‘regulate digital currency’ bandwagon is the Central Bank of Nigeria (CBN) which wants the transactions to remain strictly under control.

The concerns over the virtual currencies were shared by the Director in charge of the Financial Policy and Regulation Department of the CBN, Mr. Obot Akpan, on behalf of the Deputy Governor, Financial System Stability, of the (CBN) Dr Okwu Nnanna in Abuja. He was speaking at the 2nd Anti-Money Laundering/Combating Financial Terrorism Stakeholders Consultative Workshop organized by the Association of Certified Anti-Money Laundering Specialist (ACAMS).

Akpan minced no words when he said that the “virtual currency is dangerous because it is not a legal tender of any country hence it has a borderless nature without jurisdiction which makes it a channel for money laundering.”

Speaking in the same vein Akpan noted that the “Financial Action Task Force (FATF) has observed that the virtual currency payment products and services (VCPPS) present opportunity for money laundering and has crime risk that must be identified and mitigated. Virtual currencies present a wide range of issues and challenges that require financial authorities to consider it properly, as the challenges posed are unique and call for an urgent response.”

Also, he said that Nigeria will be under the lens of FATF next year and if at any stage, the country is found lacking in its attempts to prosecute financial criminals then it may find itself in a soup.

This warning by CBN bigwigs is of significant value as many countries are pushing the envelope in trying to regulate virtual currencies. We had earlier reported about Japan, Germany and several other countries studying ways to ensure the regulation of transactions done in the case of digital currencies.

In June this year, the Group of Seven leaders had also agreed to take measures against terror funding and regulate Bitcoin and other virtual currencies.

Tags: Central Bank of NigeriaDigital MoneyFinancial CrimesMoney LaunderingNewsvirtual currency
Tweet123Share196ShareSend
BitStarz Player Lands $2,459,124 Record Win! Could you be next big winner? Win up to $1,000,000 in One Spin at CryptoSlots