Coin creators ought to have a thick skin and always ready to answer any question touching on their creations. While Ripple is an independent and a for-profit company that advocates three main solutions in xRapid, xCurrent, and xVia, it’s a well-documented that the community is not so sure on whether XRP is a security or a utility. Brad Garlinghouse insists that Ripple Lab’s XRP is a utility and a former SEC commissioner did reinforce his position.

In a recent AMA, Brad said XRP is a utility, and even if Ripple goes under, the coin can exist and continue to function. Still, questions linger with critics pointing out that their ledger and solutions would perform with or without XRP.

The former, critics say, is just but an airdrop, an incentive for investing in the platform. Whether it is true or not, the SEC is in a better position to advice. They have their stand on Bitcoin but their failure to classify XRP is a source of doubt. While CoinBase is exploring XRP, an addition would be a direct endorsement considering the exchange’s regulatory stand. Should it happen in 2019, then XRP value would skyrocket. 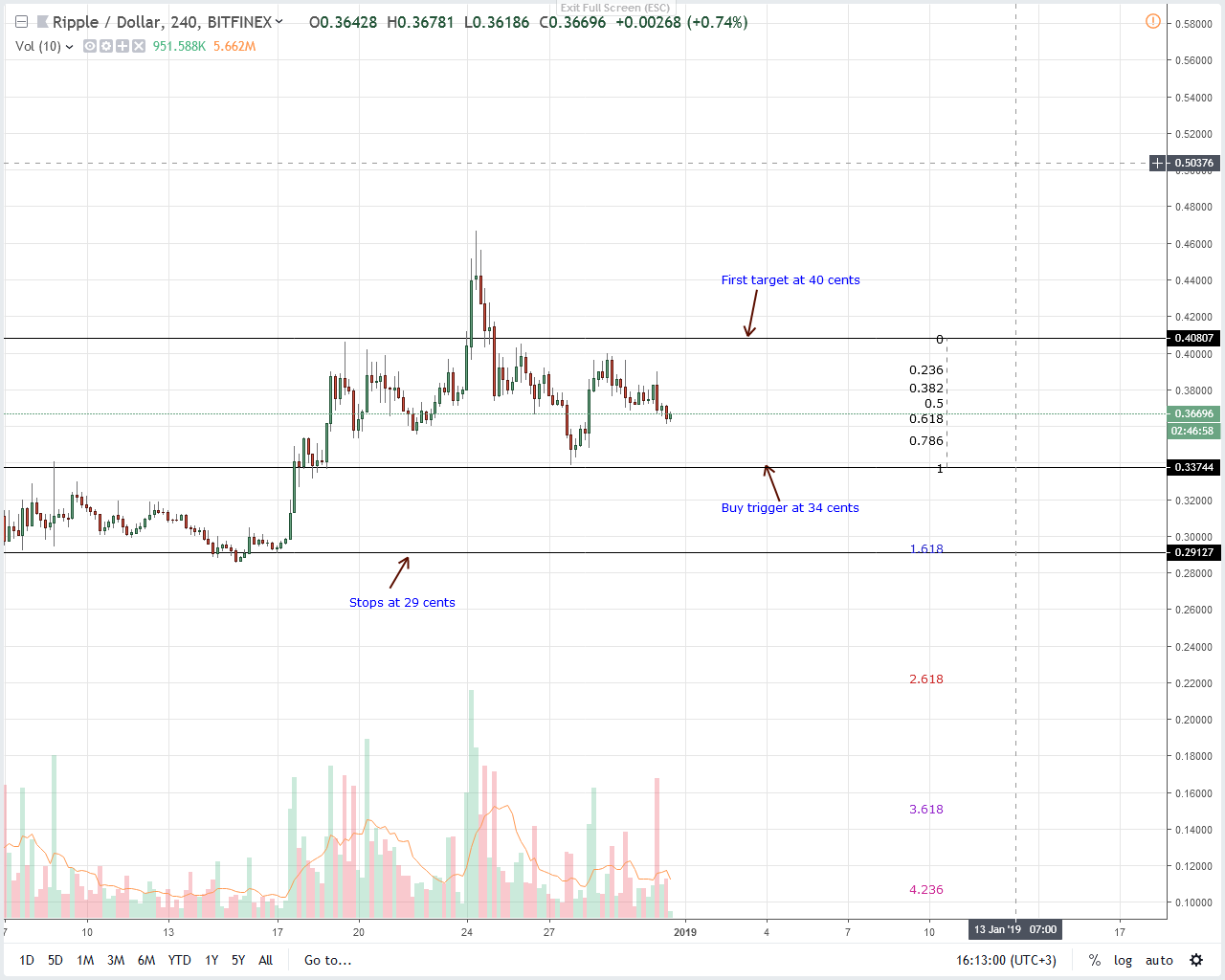 Chances are XRP will close the year as the second most valuable coin in the sphere. Overly, this is a statement and even though the gap is narrowing—$350 million separates the two at the time of press, price expansion of XRP will further cement its spot at second place. At the moment though, our previous XRP/USD trade plan is valid, and as long as the coin is trading below 40 cents, traders have a position to fine-tune their entries in lower time frames.

From candlestick arrangement, the best approach to load up on every dip as long as the price is still oscillating within the 6 cents trade range—40 cents and 34 cents upper and lower limits. As it is, aggressive traders have a better opportunity to buy since 35 cents is strong support. Besides, it is the 61.8 percent Fibonacci retracement mark. However, there is another opportunity to trade in line with our last trade plan once prices surge past 40 cents.

In that case, our XRP/USD trade plan will be as follows: