Well, Jackson Palmer the creator of DogeCoin has had enough. He’s reverting back to basics, publishing an open source script that automatically blocks Twitter users that mentions XRP or Ripple in their bios, profile name or bio.

After days of being pulverized by what he calls a wide “XRP and Army bot base”, the new script, XRP Away automatically blocks promoters of Ripple.  It is an extension of what was meant to deal with Ethereum scam bots that had terrorized Elon, Vitalik and a host of other influencers before Twitter responded back in Q2.

Read: XRP Eclipses Ethereum, What is Next For The Major Cryptocurrencies?

The reason why Palmer continues to be bashed and relentless attacked by Ripple supporters is because of the comments he had about the network in a podcast with Laura Shin. Then he said there is a centralization element in Ripple and its business model is pro-profit where information about its operation cannot be extracted with ease.

In a separate interview, Palmer went on to say XRP supporters are susceptible to marketing and more often than not invest in XRP only. Of course, this wasn’t received well by the community. As they reacted, Palmer further fanned the already hot space by saying the XRP community is either a “sophisticated bot network or a bunch of 14 years old who stole their parents credit cards”. 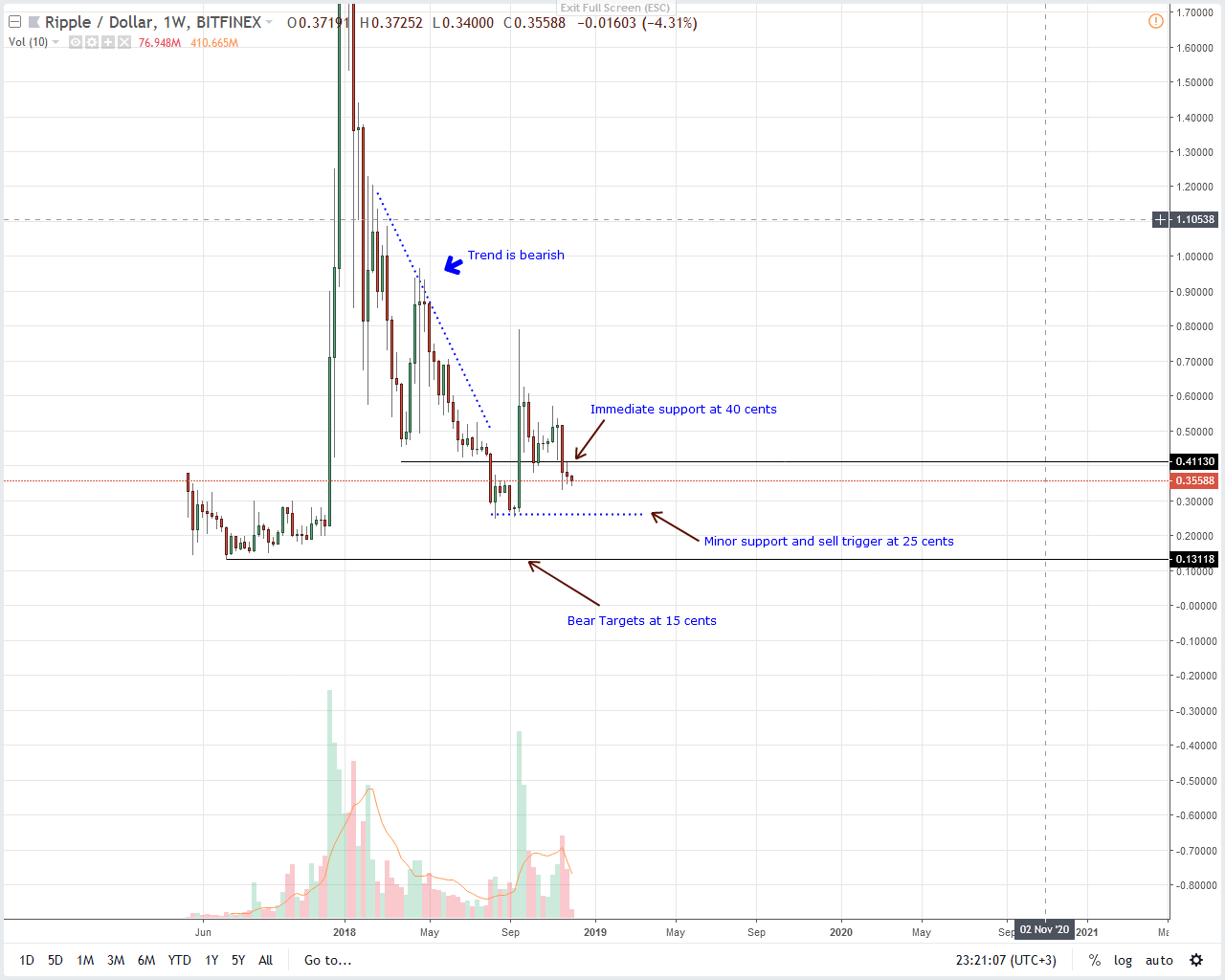 After 16 days of lower lows, XRP prices are steadying, gaining in the last day and just 1.4 percent down from last week’s close. Though this is overly positive for investors –because it confirms our previous XRP/USD trade plan, we need to see spike in participation.

From candlestick arrangement we shall recommend bulls once there is a clear break and close above 40 cents—our minor resistance line and buy trigger line. It’s easy to see why. Notice that after 17 days of draw down that saw prices did from 60 cents to spot prices, XRP prices risk dropping below 30 cents and 25 cents erasing gains of Sep 2018 and binning our forecast.

But, in the last three weeks, there has been rejection of lower lows causing bulls to slow down thanks to the long lower wick hinting of increasing demand in lower time frames. 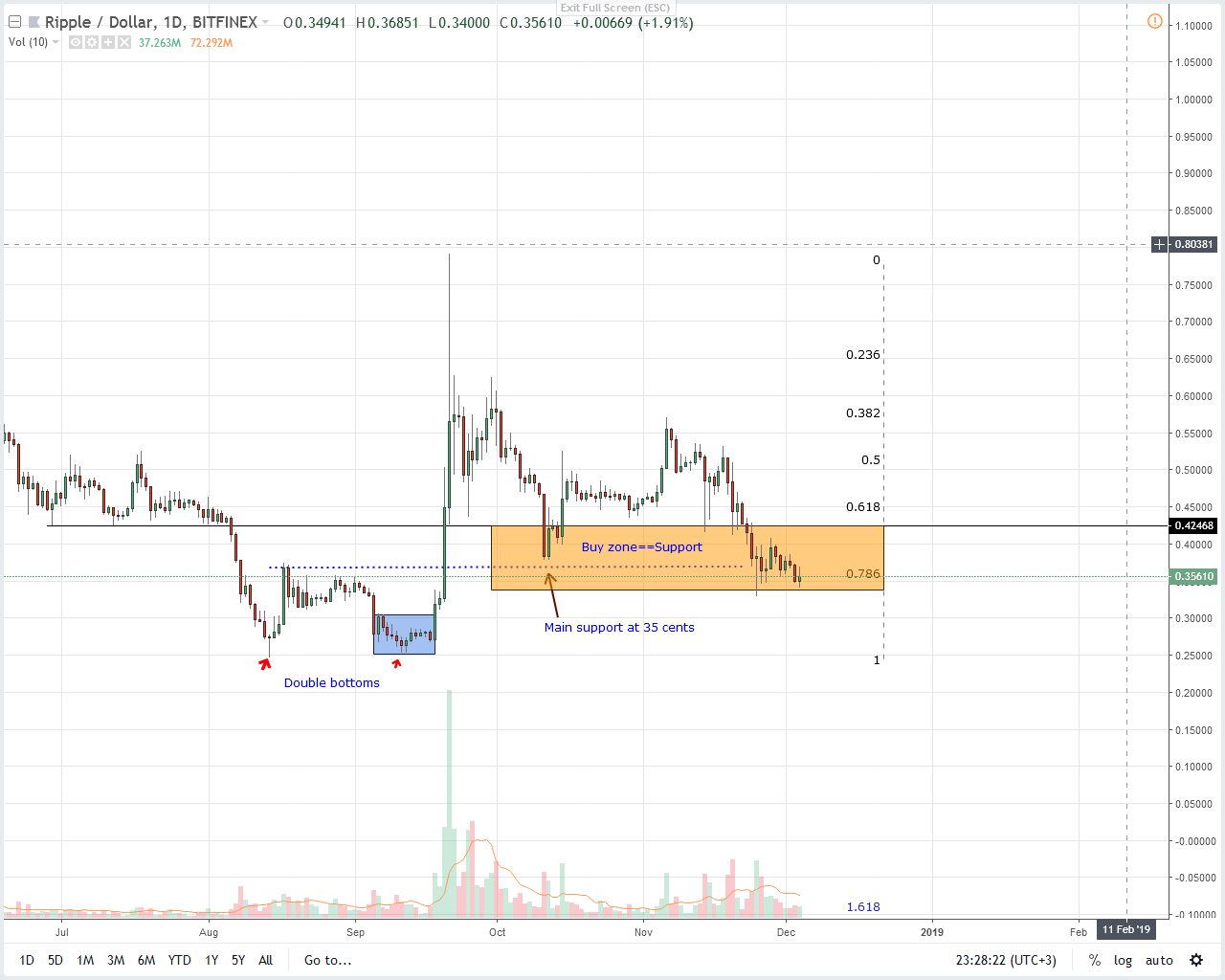 Of note in this time frame is Nov 25 pin bar. After a week of strong bears, prices did find support and since then XRP/USD has been oscillating within its high low.

For bears to dominate then we need to see clean breakouts below Nov 2018 lows. Then and only then shall we recommend shorts with first targets at Sep 2018 lows and later 15 cents or lower.

Conversely, injection of bulls that ignites a rally above 40 cents shall trigger aggressive traders into action. When that prints, then bulls should buy on dips with first targets at 60 cents.