Geoff Golberg, an independent researcher with the application of Network analysis on social and blockchain data is confident that the harassing XRP Army consists of fake accounts and bots. If anything, this is negative for price and XRP could print lower.

An independent report now reveals that the so-called XRP army is a lie. Instead, the army consists of thousands of bots and at-least 8,000 fake Twitter accounts. By coordinating and working together on several topics touching on Ripple and XRP, the manufactured “army” has one sole objective: That of altering public opinion across the social media platform Twitter.

Unfortunately, this is not the first time Twitter is taking the blame for their laxity. Vitalik Buterin has been forced on many occasions to clarify that he isn’t giving away any ETH.  By employing a tactic called Astroturfing, these XRP and Ripple shilling bots were able to deceptively shape public opinion and interpretation of XRP according to Geoff Golberg, a researcher who spent countless hours studying these fake Twitter bots and accounts.

Although he reported his findings with David Schwartz, the Ripple Inc CTO has since gone mute on the subject. 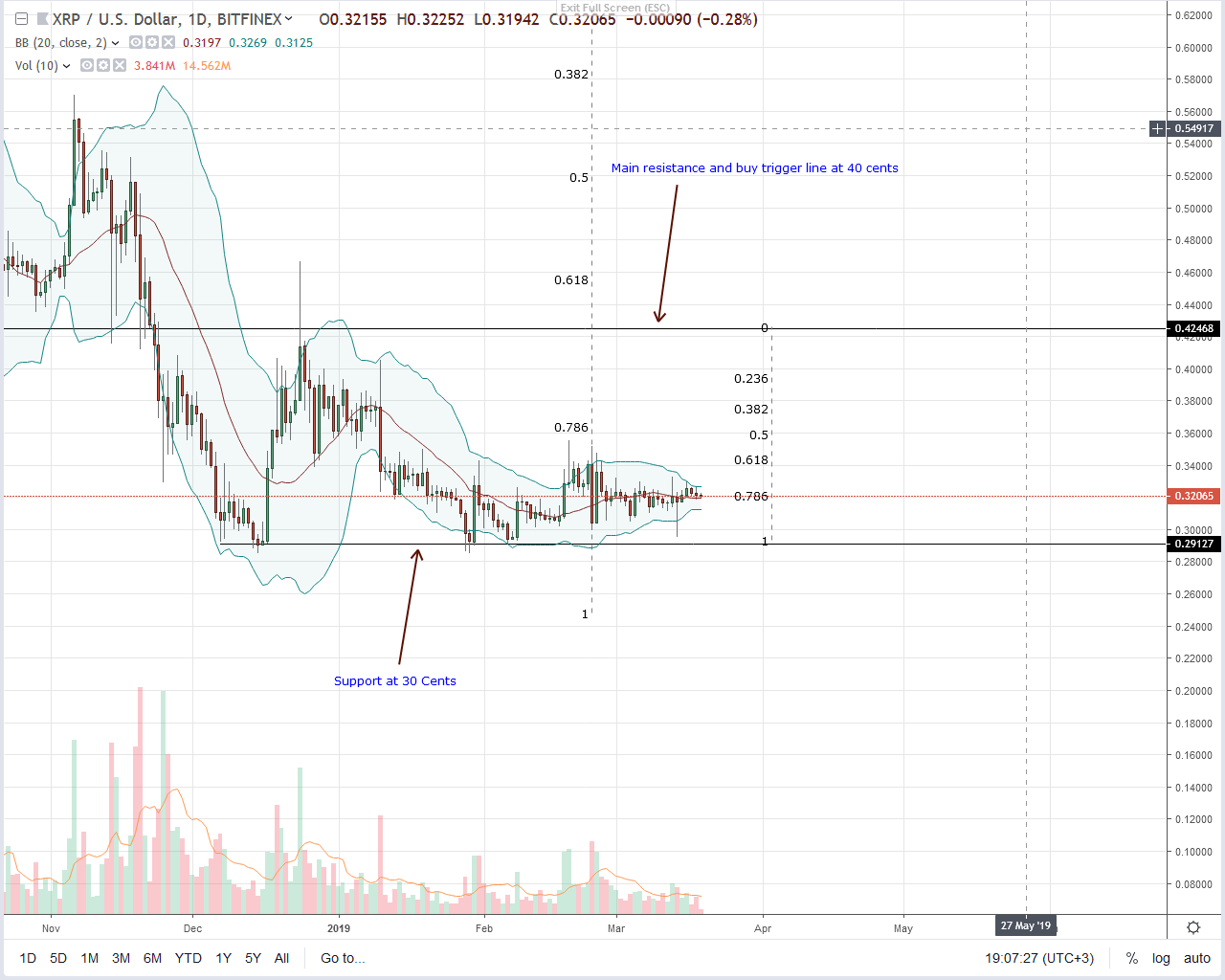 At the moment, Ripple (XRP) is still range bound and unchanged from yesterday. It is up 1.7 percent and that, by all accounts, is  unusual often registering double-digit gains whenever BTC prices expand.

At this rate, it is increasingly clear that there is strong liquidation at 34 cents—our buy trigger line—and equally strong support at 30 cents.

Therefore, as a laid out in previous XRP/USD trade plan, we shall take a neutral stand on price action aware that XRP is likely to dip before spring up and closing above 34 cents.

With ranging prices, participation levels are low. By yesterday’s close, averages stood at 14 million. That is more than half those of Feb 24 and 25 when XRP prices were volatile. Then transaction averages were 30 million and 34 million respectively. Complementing these averages were above average volumes–of 61 million and 52 million. Unless otherwise there are sharp gains above 34 cents complete with high transaction levels, we shall maintain a neutral stand on XRP/USD price action.