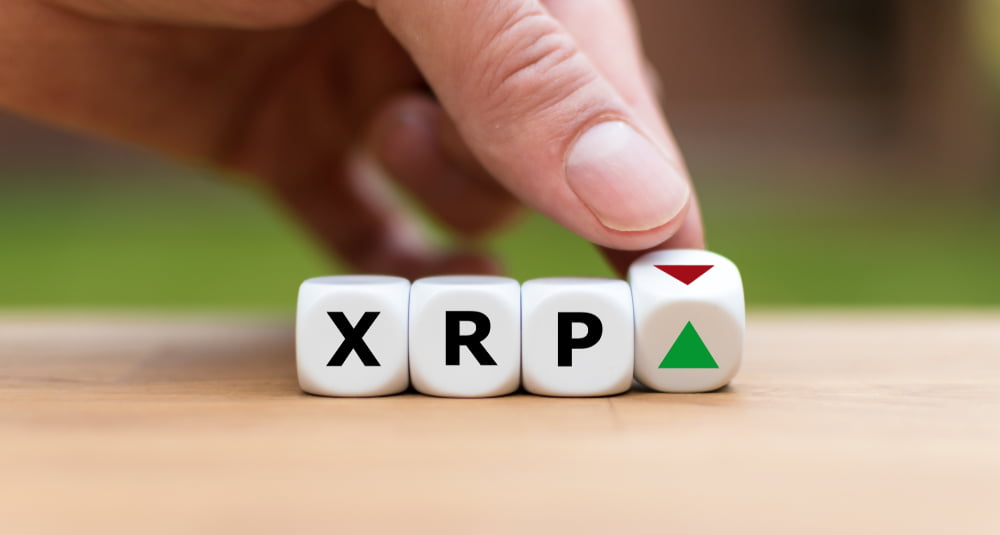 Critics claim Ripple (XRP) is nothing more than an “airdrop” whose absence wouldn’t affect operations. However, XRP proves to be useful for speed, and after Cobalt, firms using xRapid will enjoy settlement times of one second. Price wise and XRP bulls are back, shoring the asset after Apr-24 drawdown.

Much has been said about Ripple Inc, XRP and Ripple Labs, the separate and independent firm behind XRP. Of the many, decentralization stands out. Even so, critics acknowledge that Ripple Inc is fronting shaping solutions which should banks and other financial institutions adopt, then the price of the underlying asset, XRP would surely expand. That’s contrary to the inner workings of XRP, a liquidity facilitator whose prices are meant to be stable as they are means of exchange for RippleNet using companies.

Therefore, in a bid to demonstrate that Ripple and XRP are two distinct companies, Ripple Inc and Ripple Labs are proof. With it, XRP as an independent coin is live. Executives insist that should the San Francisco start-up fall, then XRP would continue to operate on the XRP Ledger without interference.

Apart from this stance, they also embarked on a decentralization strategy. It is this move that Bitstamp, a leading European exchange, took to Twitter, highlighting its importance:

“DID YOU KNOW: In 2017, 55 billion XRP owned by Ripple was placed in an escrow, to control its issuance rate. One billion is released each month, with any unspent XRP placed in another escrow. This controls the inflation rate of XRP.”

DID YOU KNOW: In 2017, 55 billion XRP owned by Ripple was placed in an escrow, to control its issuance rate. One billion is released each month, with any unspent XRP placed in another escrow. This controls the inflation rate of XRP. #WednesdayWisdom ? pic.twitter.com/mDXiRBh9A9 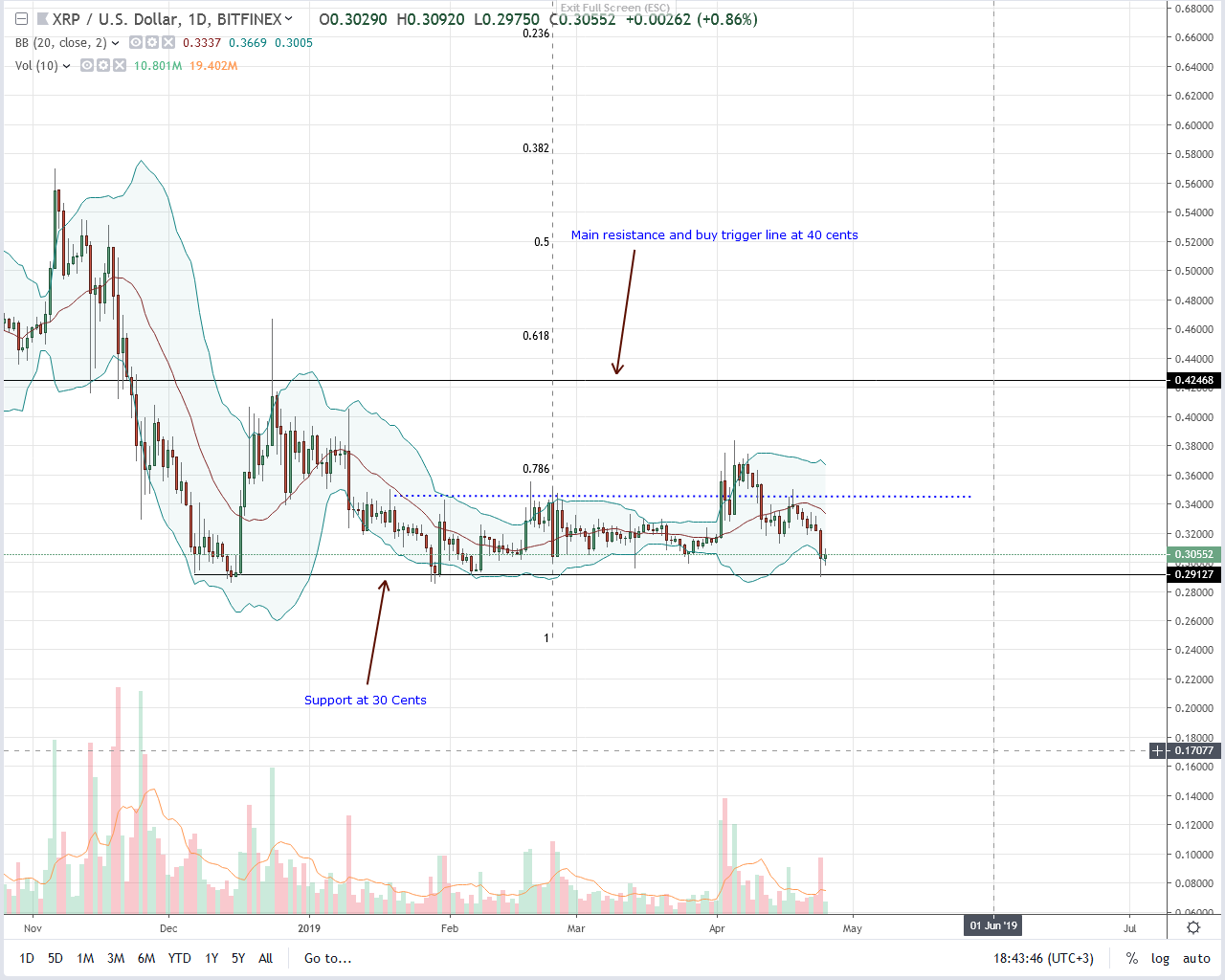 After a week of losses, Ripple (XRP) is now stable. It is up 0.8 percent but still down 9.2 percent in the last week. Despite this, we shall maintain a bullish outlook on the third most valuable asset thanks to favorable candlestick arrangement.

Anchoring our perspective is Sep 2018 bull bar. Take note that even if prices are oscillating and “all over the place,” they are still moving within the bar’s high low. As a result, from an effort versus result point of view, buyers are technically in control more so if prices stabilize above 30 cents.

The level is Q1 2019 lows and a vital line which if sellers manage to drive prices below invalidates our trade plan. On the flip side, should prices find support and rally, then odds are Ripple (XRP) could break above 34 cents igniting short-term buyers aiming at 40 cents if not 60 cents.

The apr-24 bar is our reference bar for two reasons. Firstly, it has high transaction volumes—48 million against 20 million average. Secondly, it is wide-ranging. Therefore, for bull trend continuation, buyers must satisfactorily reverse yesterday’s losses with equally high volumes—above 48 million. That will form the base for the next leg up towards 34 cents printing a double bar bull reversal pattern.