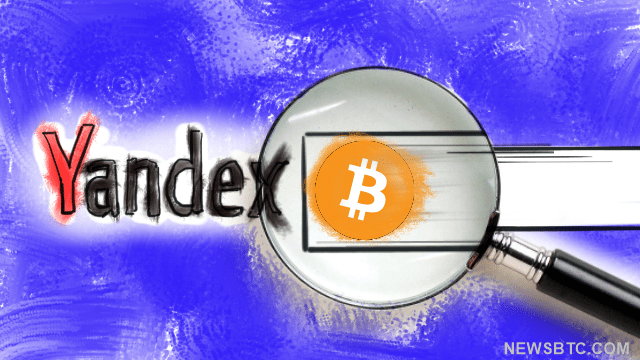 Yandex, Russia’s largest search engine and internet services provider, recently expressed its interest in integrating bitcoin in its financial platform Yandex.Money. In doing so, it could allow merchants on this portal to accept bitcoin payments.

This is particularly interesting because Russia is known for its hardline stance against bitcoin, even banning access to cryptocurrency-related websites in the past. To this day, Russian government officials and financial regulators have been warning the public about the risks of transacting using digital currencies.

During the Finnopolis FinTech Forum held in Kazan, Yandex CEO Maria Gracheva shared that the company is looking forward to accepting bitcoin payments. However, the company is also waiting for approval from regulatory agencies and the government before proceeding.

The Russian Central Bank has clarified that the Russian ruble is the only legal tender in the country, but President Vladimir Putin has been quoted saying that bitcoin can be used on “some account.” Just recently, the former Russian Minister of Economy German Gref urged to end the bitcoin ban in Russia, admitting that he himself owned some of the cryptocurrency at some point.

As of this writing, Yandex.Money boasts of 22 million users and counting, as an average of 12,000 accounts are opened daily. It offers its payments service called Yandex Payment Solution to online merchants, allowing them to accept transactions using bank cards, wallets, online bank products, and other payment methods. The service is being used by approximately 76,000 merchants.

Despite the authorities’ skepticism about digital currencies in Russia, there is still a lot of growing interest among individuals and businesses. With the ban on cryptocurrency websites just lifted recently, more and more are learning about the uses of digital currencies and trying to take advantage of its features such as low to zero associated costs and the anonymity of transactions.