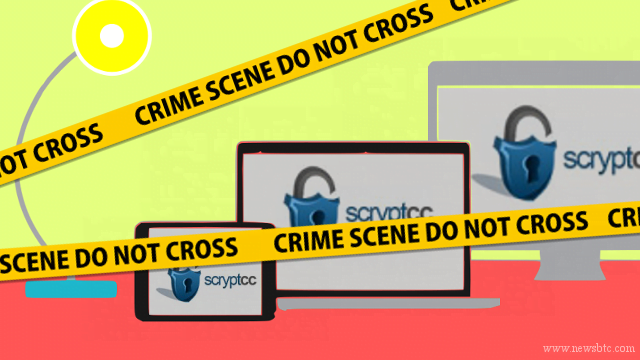 Yet another case of Bitcoin theft comes to the fore to haunt the Bitcoin consumers. Altcoin cloud mining hash power online marketplace Scrypt.CC has been hacked and a large, undisclosed amount of Bitcoin and hashing power has been stolen. The announcement, posted by the admin Marcelo Santos, can be seen on the website after a login.

The hacker committed this crime while the admin was in the final step of finishing with the server upgrade.

A section of the message reads:

“Around 14 hours ago our database was breached, the hacker credited himself BTC and KHS and withdrew BTC until our withdraw wallet was empty. He then proceeded to make suspicious orders in the market in which the market automatically turned itself off. This sent an alert to me and other support staff, one of them seeing what was happening but not being able to do much as he does not have back-end access, he enabled our “Panic” mode in which put the whole site on lock down. But the hackers still managed to gain access and steal the coins from the hot wallet and the backup withdraw wallet.”

However, the total loss amounting to consumers will not be high as the notification says that a major percentage of the stolen Bitcoin belonged to the website. And users need not worry about their information being leaked as the server was timed to run hourly database backups and one was made just minutes before the initial attack and right before the final lockdown.

If a user will click on the ‘Status’ tab on the website, he will find no information displayed as the theft is being investigated and the database is being worked upon. Users will see 0 balance as the hash power seller is planning out further steps.

Users are advised to NOT MAKE ANY MORE DEPOSITS SINCE THE HACKERS STILL HAVE ACCESS TO THE HOTWALLETS.

Read our comparison of 50 different crypto casinos. Find out who has most generous bonuses, best UX, knowledgeable customer support and best provably fair games.
Tags: altcoinbitcoinBitcoin theftcloud-mininghackHashpowerNewsScrypt.CC
Tweet123Share196ShareSend
Win up to $1,000,000 in One Spin at CryptoSlots