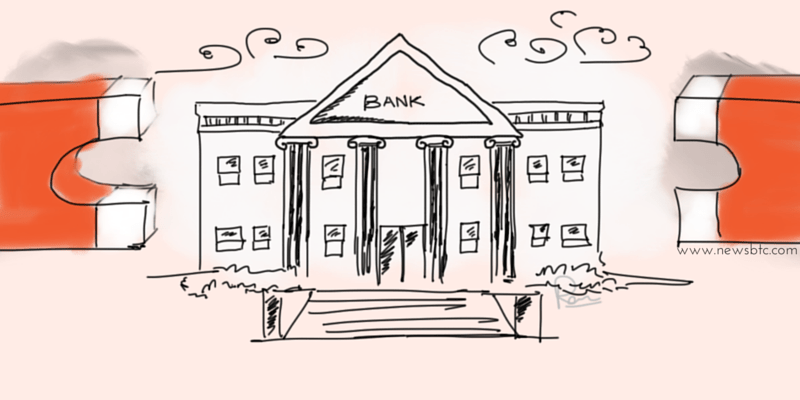 SEB Advertises an Article about BTC, Who Benefits?

How do you discredit someone when everything about them is already public knowledge? There isn’t much one can do in such circumstances except stressing upon the faults and wrongdoings of the person and convincing people that he or she could have handled it in a better way. It looks like that’s what Skandinaviska Enskilda Banken (SEB), the third largest bank in Sweden is trying to do. Bitcoin happens to be the target in this veiled campaign against it.

The Skandinaviska Enskilda Banke (SEB) has recently taken out an advertisement space in one of the Swedish daily to run an article about Bitcoin. The article talks about Bitcoin using a cautious undertone. This article goes on to list the advantages of Bitcoin, and at the same time tries to convince people that there is nothing special about Bitcoin.

In what appears to be a smear campaign started by SEB against Bitcoin after its complaints against the latter was snubbed by the Central Bank. The article goes on to make few contradictory statements, first by saying that it exists outside all the systems, and later in the next few lines it points out the tax regulations surrounding Bitcoin and court cases around it to show that Bitcoin has already become part of the system.

SEB goes a bit more further to mention the volatility aspect of Bitcoin and also its use in drug deals, money laundering etc.  After mentioning these things, SEB has confessed that the speed of transactions over the banking network is much slower than that of Bitcoin, where it happens with minutes, anywhere across the worked

While this move by SEB shows that the bank is currently a bit worried about the growth of Bitcoin, it also serves as a message to the Central Bank to wake up and regulate the Swedish Bitcoin market. It is up to people for deciding whether the advertised article is against or pro-bitcoin.

Get 110 USDT Futures Bonus for FREE!
Tags: advertisementbitcoinCentral BankNewsSEBSkandinaviska Enskilda Bankesweden
TweetShare
BitStarz Player Lands $2,459,124 Record Win! Could you be next big winner? Win up to $1,000,000 in One Spin at CryptoSlots