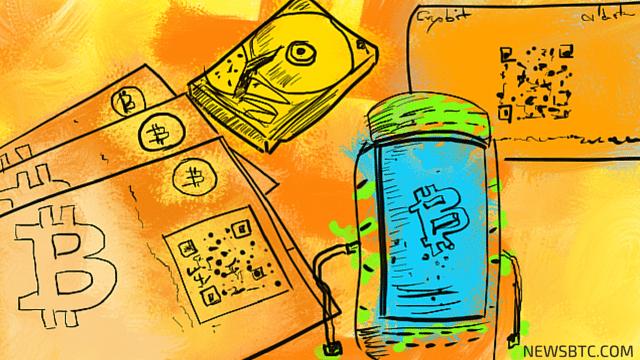 Cold Storage – The Safest Way To Vault Your Bitcoin!!

Even the most robust and advanced platforms suffer from hacking attacks. DDoS attacks targeted Kraken, while there were attacks on a number of other popular bitcoin exchanged. More than 18,000 bitcoins were stolen from European bitcoin exchange Bitstamp earlier this year. Still, many bitcoin users rely on hot (online) wallets.

However, the best practice of keeping bitcoins is in a cold storage. Also known as Deep cold storage, many institutional clients and high profile bitcoin investors store a reserve of bitcoins offline, eliminating the potential of theft or a robbery.

There are several methods of keeping bitcoins offline:

Paper wallet is a document which holds all of the data needed to generate any number of bitcoin private keys. Leading bitcoin wallet platforms including Armory and Electrum support generating mnemonic codes for their wallets that can be printed to make a multi-key paper wallet.

Bitcoin mobile applications such as Mycelium also provide an easy to use cold storage spending function, allowing users to import the physical bitcoin wallet into an online (hot) wallet platforms.

However, bitcoin and security experts strongly discourage bitcoin holders from generating a paper wallet as it is unrecoverable once lost. Instead, many bitcoin enthusiasts recommend the use of USB bitcoin hardware wallets such as the Ledger Nano, which protects bitcoin data within a microprocessor certified against all types of attacks, which has been widely used by established financial institutions in the banking industry.

“Ledger Nano is based on the industry standard EAL5+ smartcard, a high-level security used for banks processes, passports, health care systems and governments data. Your Bitcoin private keys are never held or known by Ledger or a third part: they are hard locked in your smartcard device,” explains the Ledger team.

Bitcoin investors could also use the bitcoin vault service of Xapo, to store their bitcoins on offline servers described by The Wall Street Journal as the Fort Knox of bitcoin storage across three continents.

While bitcoin wallet platforms and exchanges are effective in settling immediate transactions and payments, it is always dangerous to store bitcoin in an online / hot wallet to some extent. To avoid potential data breaches and hacking attacks, the best practice is to store bitcoin reserves in a cold wallet.