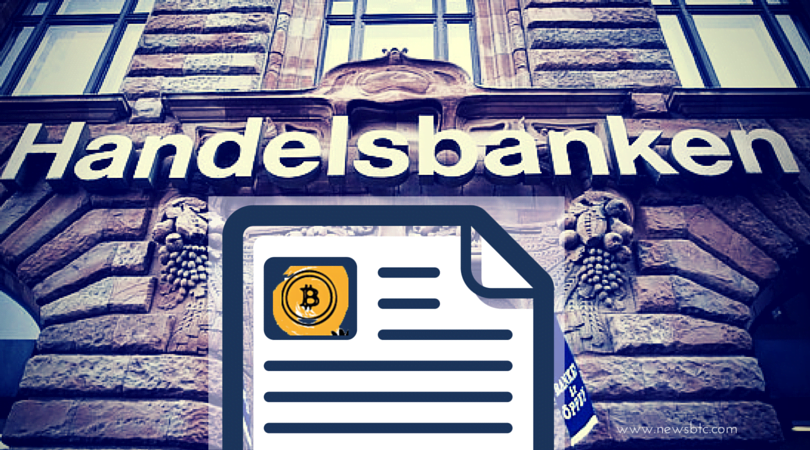 The article, which was published in a local Swedish newspaper Svanska Dagbladet, consecutively shifted between praising and criticizing the digital currency, probably to maintain the diplomatic quotient of its opinion. It started with a special comment on Bitcoin’s stability, recalling how the currency gained value during its speculative phase; and how investors, at present, interpret a similar scenario for Bitcoin in the future.

“Because there is a limited theoretical amount, it is clear that the value can go up very much, if demand for the currency in the future would increase because it is becoming more widespread and are used by more,” said one of the excerpt. “It is the trend that investors in Bitcoins today hoping for.”

SEB however didn’t agree with the speculations that says Bitcoin value will achieve greater value and stability. According to Johan Javeus, chief strategist at SEB, a currency can never attain the aforesaid factors if it tends to free itself from concrete regulators, such as finance authorities and government.

“To use the currency to buy goods and services, so you must be able to trust that the currency keeps its value,” he reasoned. “Bitcoin has been subject to enormous fluctuations, up and down. And I think that’s the biggest reason why people have trouble seeing it as a means of payment in the day, but rather looks bitcoin as an investment asset it hopes will rise in value.”

Javeus further proposed that Bitcoin should be checked for its possible utilization in funding terrorism and money laundering activities. His opinion was however lifted up on baselessness, for he referred bank regulated money as an example of traceable currency; despite the fact that drugs and other illicit activities are mostly operated via cash, not Bitcoins.

“If we do not solve this so it may be the death knell for a currency bitcoin,” he claimed, “but we are not there yet.”

Online Transfer Feature a Plus Factor

The SEB article finally praised Bitcoin for its impeccable online transfer features which, as it agreed, are faster than traditional banking methods. Nonetheless, the bank was quick in saying that the banks usually “does not take really long time,” which, in my own personal opinion, was a lol moment.

SEB still left questions for the Swedish government which, until now, has played it strict when it comes to regulating Bitcoin and likewise digital currencies. The intervention on the nation’s third largest bank, that too on a daily newspaper, could particularly confuse lawmakers in designing out a pro-innovation Bitcoin law in Sweden.