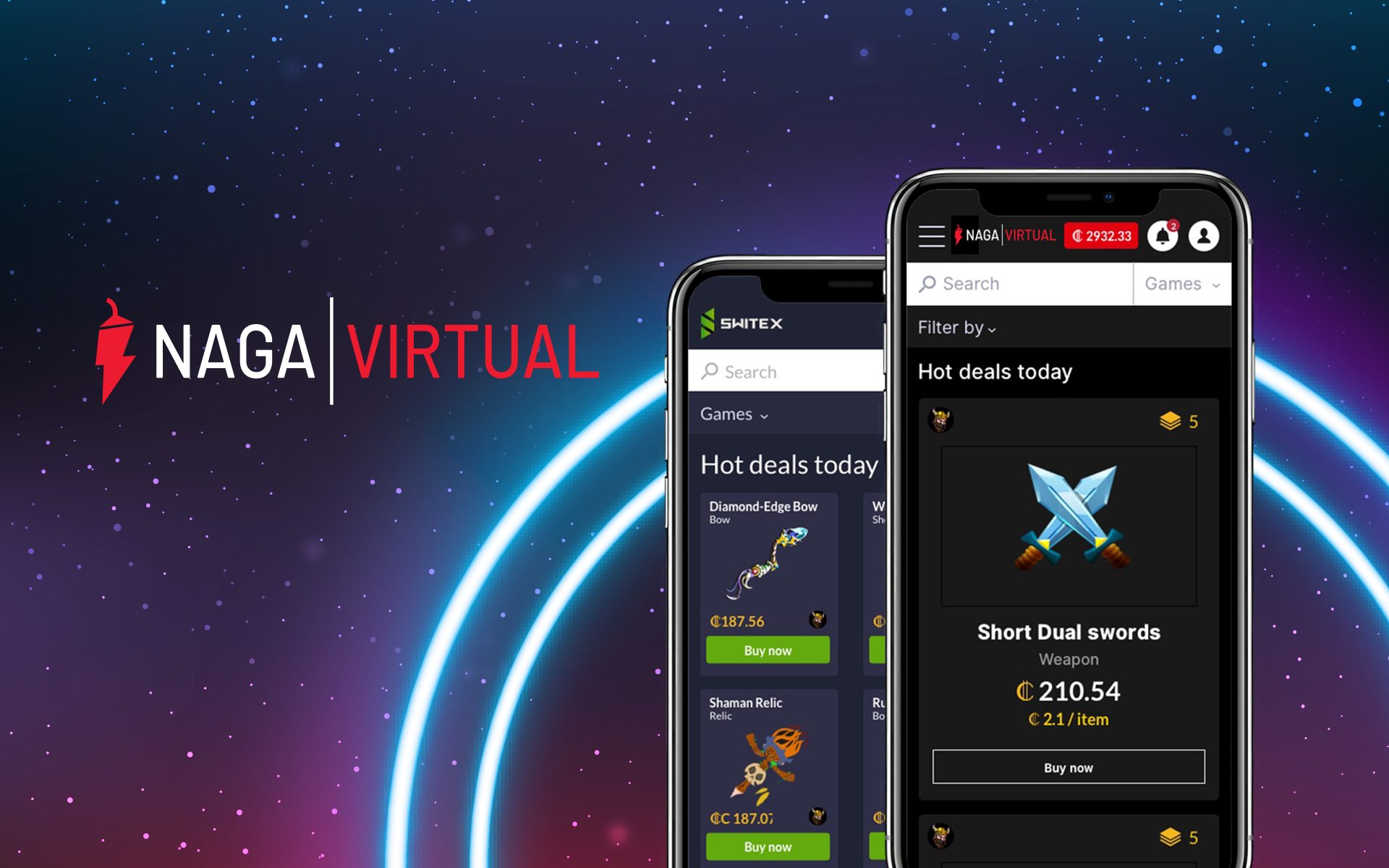 NAGA is already one of the most dynamic and exciting blockchain platforms in the blockchain industry today, and the rebranding of Switex to NAGA VIRTUAL only makes the platform’s family of products that much more attention-worthy.

In addition to bringing Switex more in line with the rest of NAGA’s ecosystem — which boasts NAGA TRADER, NAGA WALLET, and NAGA COIN — the renaming to NAGA VIRTUAL follows the rapid growth of the NAGA platform as a whole. Thus, it was a no-brainer to incorporate NAGA TRADER into the wider family.

A Sharp and Sleek Redesign

More than just a simple rebranding, NAGA VIRTUAL now uses the same corporate colors as the rest of the NAGA family — making it instantly recognizable as part of the NAGA ecosystem.

With the updated color scheme and attractive design, NAGA VIRTUAL is now more visually appealing — particularly for investors who don’t identify as gamers. The gamer aesthetic isn’t for everyone, and with plans to become a fully-fledged order-based exchange, the sharpened look better fits the company’s image.

NAGA VIRTUAL has also added an exciting new addition to its platform — namely, the ability to stack items. The addition of stackable items will be gradually finalized over the next few days.

Stackable items will afford users the ability to buy and sell multiple virtual goods with just a single click. Furthermore, the differentiation between stackable items and unique items are highlighted with a small stack-symbol on the item-box.

There has also been a price filter added where users can sort by “price per unit.”

This connection is particularly noteworthy in the fact that it makes NAGA VIRTUAL the world’s first independent virtual goods market to connect an external game.

Also exciting is the fact that — this week — users can gain a sneak peek at what NAGA is gradually adding.

Petit Chronicle Online is focused on the Japanese market, but the second game from Asobimo — available in English — is currently slated to be added to NAGA VIRTUAL soon.

Looking Towards the Future

From an objective viewpoint, it is hard to deny that NAGA is advancing and expanding at a rapid pace. With such a wide and effective family of products united under one name and one ecosystem, it’s clear that NAGA has the vision, drive, and capability to succeed — and it plans on doing just that. The company told NewsBTC:

We are very happy with all of the new NAGA VIRTUAL features and its full assimilation into the NAGA Ecosystem. This important rebranding will only have positive implications for the continued growth of the platform and the user experience. We would like to thank our loyal user base for all of your support so far and we hope that you are as excited as we are about what the future holds.