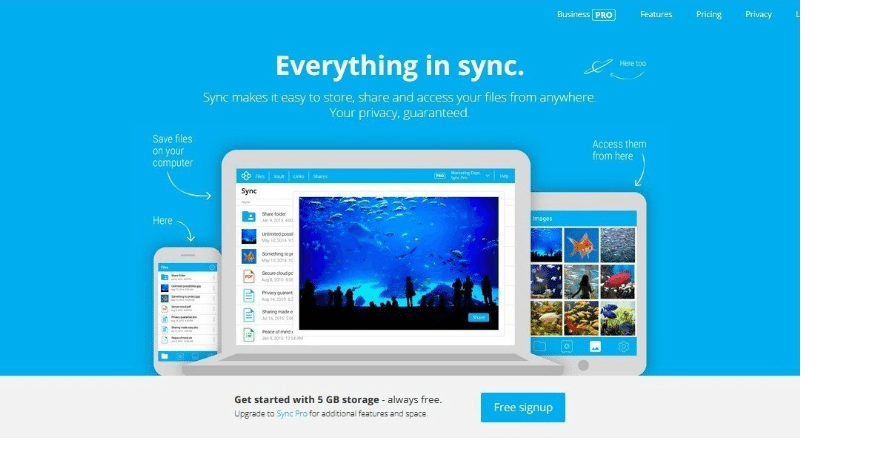 Bitcoin continues to enthrall the world, and its acceptance as a valid payment method is also increasing by the day. Earlier we had reported that several companies and institutions, like Good Game Studios, have started accepting Bitcoin.

Sync.com is the latest one on this list and the company has announced that starting now it will accept Bitcoin as a payment method via BitPay.

In a press release, Thomas Savundra, the CEO of Sync said that “Sync offers a completely private alternative to consumer-grade cloud storage services such as Dropbox, through the use of zero-knowledge encryption. Simply put, we can’t access the data stored on our servers and with Bitcoin, our customers can enjoy absolute privacy in the cloud for both their data and payments.”

Savundra also said that the company will always protect consumer data and also mentioned that besides Bitcoin, other traditional methods of payments will continue to be offered to the consumers. But he acknowledged that it is the ‘Bitcoin’ which is a win for the customers and their privacy in general.

It should be mentioned that Bitcoin compliments Sync’s agenda of ensuring the privacy of the users as it gives them an encrypted payment option that does not require personal information during the signup.

Sync.com is a start-up which at present boasts of 100,000 users worldwide and claims ‘to be a fully encrypted, zero-knowledge cloud service that makes it easy to store, share and access the files from everywhere – with guaranteed privacy.’

The news of Sync.com accepting the cryptocurrency shows that the world is looking at the Bitcoin with deep interest. In fact, such is the curiosity built around the digital currency at present that major institutions such as the Stanford University,  the New York University, and the Duke University are offering courses on Bitcoin.