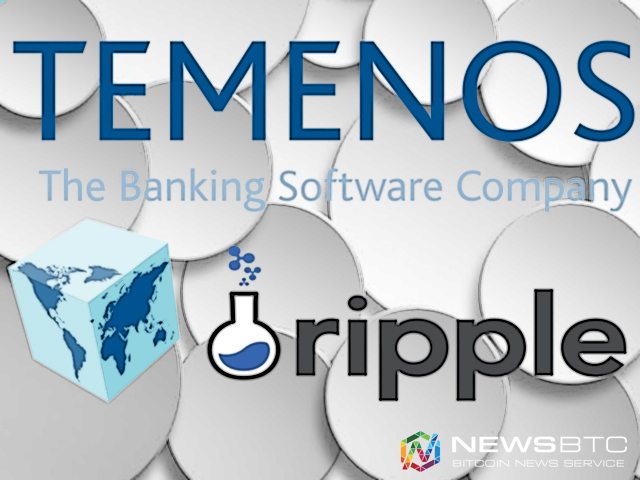 Ripple has always been an initiative to bridge the gap between blockchain technology and traditional banking. Now that this protocol has been showcased as an integration into Temenos T24, the future is looking for bright for Ripple and its partners.

Temenos T24 Integration is a Big Milestone for Ripple

There are a lot of people who have never heard about Temenos T24 before, even though it is one of the most commonly used core banking technology solutions. But even this core protocol has to evolve over time, and keeping an eye on new technologies is always a good business strategy.

Now that there is a bigger focus on new technology for payment solutions than ever before, the discussion ultimately turned toward blockchain technology. By the look of things, Ripple’s version of the blockchain protocol is something the Temenos T24 team is growing fond of, and a pioneer project was presented by Deloitte in which these two technologies were combined.

By fully integrating Ripple blockchain technology into Temenos T24 – by using the Bluzelle Altitude Gateway – a new standard for bank-to-bank settlements can be created. There is a growing demand for faster settlement procedures, preferably in real-time, and the Ripple protocol provides financial institutions with the technology to realize this potential.

“There is an enormous potential for banks to leverage disruptive technologies to make their existing payment processes faster, cheaper, and more secure. Innovative financial institutions are aware of this and are looking for ways to integrate their core systems with disruptive technologies such as distributed ledgers or blockchain.”

Deloitte is focusing a part of their efforts on merging Fintech with core banking systems, in the hopes of creating new opportunities. Successfully doing so requires bringing together the right players and show what their combined efforts could lead to. Integrating the Ripple protocol into Temenos T24 lets financial institutions send payments in real-time without requiring intermediary banking relationships.

The success of this pioneer project could elevate traditional finance to a whole new level in the coming years. Newer generations of customers are driving change in the banking sector, and financial players have to keep an open mind towards disruptive technology. It appears as if the three-day waiting period for bank transfers to clear will be coming to an end very soon.

Tags: blockchainBlockchain TechnologyCore Banking SolutionDeloitteDistributed LedgersNewsRippleT24Temenos
Tweet123Share196ShareSend
BitStarz Player Lands $2,459,124 Record Win! Could you be next big winner? Win up to $1,000,000 in One Spin at CryptoSlots