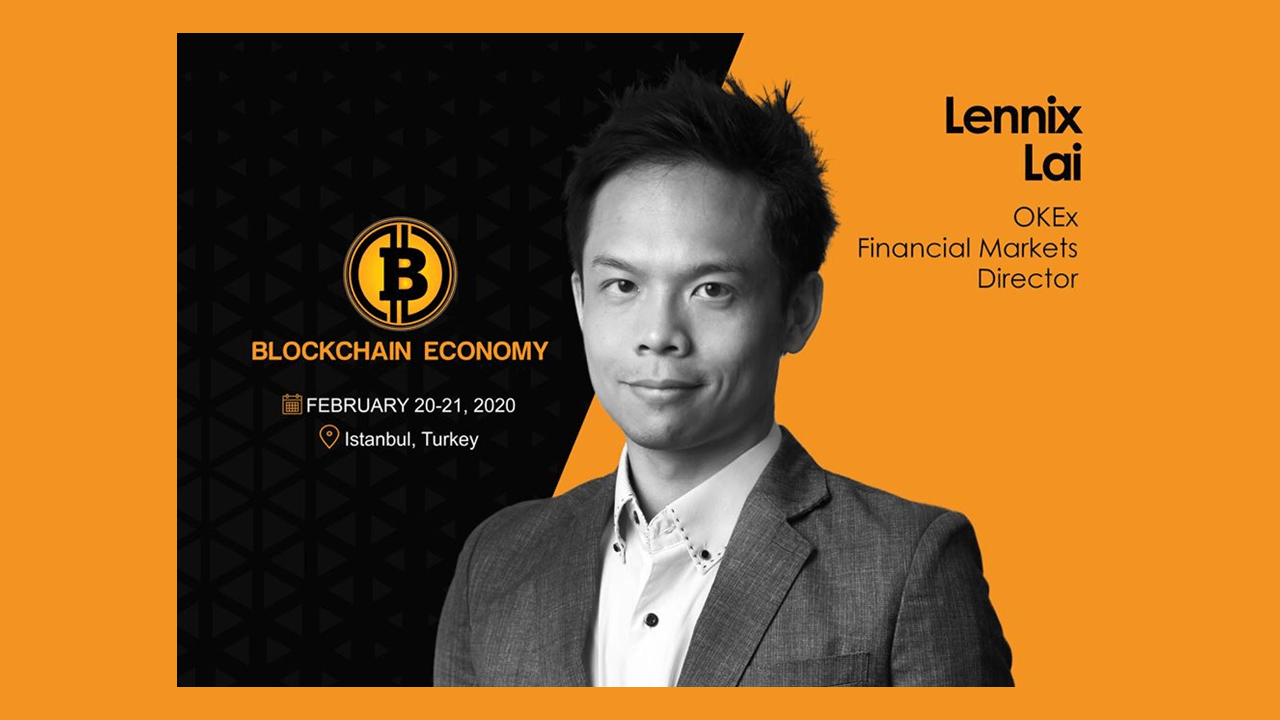 The current state of the economy has made it hard for people to rely on just the regular source of income to manage their finances. In order to have financial security it is very important to have supplemental income to take care of all the financial obligations and still maintain healthy savings. It may not be practical for everyone to work multiple jobs or make capital heavy investments that can earn a steady source of income in the near future. This is where cryptocurrencies come into the picture by providing a flexible alternative investment route for a passive income stream.

Lennix Lai, Financial Markets Director of OKEx, offered insights into the possibility of cryptocurrencies acting as a source of financial stability for the masses during the recently concluded Blockchain Economy 2020 event in Turkey. As a keynote speaker at the highest-standard blockchain summit in MENA and Eurasia, Lai said,

“Cryptocurrencies could be an ideal alternative to earn passive income while negative interest rate becomes the new norm globally. At OKEx, we strive to bring crypto inclusion and is constantly working towards a frictionless economy, regardless of how the traditional markets perform,” He further added,  “Savings, staking, as well as DeFi lending, these are new avenues that can provide crypto interest income to users on a regular basis, which also benefit to the traditional financial system, and hence bringing billions of users the advantage of obtaining passive income in crypto.”

The concept of negative interest rates is not new to many European nations. Unlike the standard practice where savings in a bank account generate interest, the negative interest rate regime rewards borrowing in order to boost spending and revive the economy. However, this practice also penalizes the practice of savings by charging an interest on it, which in the long run could turn detrimental for people as their savings dwindle and in case of any emergency, they will be forced to arrange for funds through other means.

However, a bit farther away from conventional banking practices, cryptocurrencies have displayed their potential to help people collect a steady stream of revenues through multiple ways. Staking cryptocurrencies is becoming a norm these days, as they offer a low-risk cryptocurrency investment option. During staking, investors will receive rewards in the form of dividends by buying and depositing cryptocurrencies in e-wallets or staking pools for a certain duration. In simpler words, staking is quite similar to time deposit in traditional banks where the holder will earn interest or profits for maintaining the funds for longer durations in their respective accounts. However, there are subtle differences in how the profit is generated, and the rate of interest with staking tends to be much higher than traditional banking.

Staking is gradually becoming popular among the crypto community as more people start staking their tokens for profit. The interest rates on staking have also seen a considerable increase, which stands at the highest on OKEx Pool with an average of 5.2%.

OKEx Pool is a comprehensive mining pool created by OKEx, the leading crypto asset exchange and trading platform. It supports mining of a range of PoW, PoS and PoS-variant assets, including major ones like BTC, BSV, ETH, LTC, EOS, ATOM, XTZ, DAI and more. The highest interest rate for staking on OKEx Pool is currently garnered by EOS, XTZ, DAI, VSYS, ATOM, YOU, ISOT and CRO, with the maximum being 15%.

EOS was the earliest token made available for staking on OKEx Pool at interest rates up to 5.12% — highest in the industry. The platform also offers additional advantages for EOS staking, which includes:

OKEx shares a strong working relationship with the EOS community, which has helped OKEx Pool secure top EOS Block Producer ranking on August 13, 2019, within one month of launch. OKEx has also launched the EOS Block Producer Pursuit during the same month to recognize and reward earlier Block Producers with over 100 million votes.

Staking is just one of the ways of generating passive income in the cryptocurrency ecosystem, there are also other trading products (most of which are offered by OKEx as well) that could help in achieving one’s financial goals when utilized prudently.