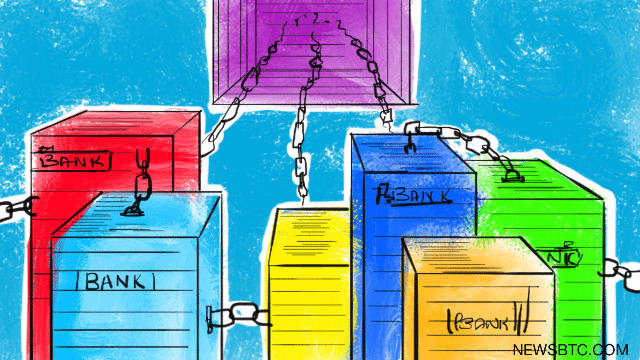 Since the beginning of 2015, an increasing number of banks and financial institutions have focused on the development of unique blockchain networks and distributed ledgers to create “decentralized” transaction and asset settlement systems.

Despite their interest in the blockchain technology, these banks have demonstrated a hostile view toward bitcoin, claiming that bitcoin is not viable as a currency or a medium of exchange.

“Governments like to control (currencies). They have central banks. They like to control the supply. They also generally like to know where it (currency) is and where it goes… They will not support major currencies that go around borders that they don’t have control over. It’s just not going to happen,” said JPMorgan CEO Jamie Dixon.

Established financial organizations and banks participating in blockchain conferences like the R3 conference and leading programs such as blockchain innovation labs are trying to setup blockchain networks which can settle assets and clear transactions cost effectively and securely.

However, these banks are not interested in the decentralized nature of the blockchain technology nor its core purpose. Their interest derives from their stubbornness to admit that bitcoin is in an important and disruptive technology and that they have been wrong all along about its potential.

“Bitcoin is disruptive, and the reason it is disruptive is precisely why it is so difficult to swallow and swaddle in traditional investment terms,” said California-based information security expert and author of Mastering Bitcoin Andreas Antonopoulos.

So, are there actual banks and financial institutions serious about embracing bitcoin as a currency and as a financial technology? or are all the banks simply riding the blockchain hype train because others are doing so?

The central bank of Barbados is actually considering holding a certain amount of bitcoin as part of its portfolio of foreign reserves. It recognizes the true potential of bitcoin as a reserve currency and respects its growth compared to other major currencies including the US dollar, pound sterling and the Japanese Yen.

“Within recent years, the proportion of digital transactions done using digital currencies has grown significantly. As a result, it is possible that digital currency could become a key currency for settling transactions,” said Winston Moore and Jeremy Stephen, two economists from the Central Bank of Barbados.

PrivatBank, one of Ukraine’s largest banks announced the development of a bitcoin-based merchant payment service solution that would allow online businesses to accept bitcoin with ease. The bank has already submitted an application to the Central Bank of Ukraine for regulatory confirmation and to ensure that their services align with Ukraine’s current financial policies.

The Central Bank of South Korea in collaboration with law enforcement agencies have launched investigations to shut down altcoin-related businesses and cryptocurrency pump and dump schemes because they’re damaging the reputation of bitcoin.

“According to our sources, there are 676 altcoins, including bitcoin, listed on coinmarketcap.com. However, only 309 of them have a market cap of USD$10,000, and others are almost worth nothing. Furthermore, there are 550 altcoins that have extremely low daily trading volumes,” said major korean media Chosun.

The central bank of South Korea has been working with bitcoin startups and organizations to regulate the activities of such businesses and help spur the growth of bitcoin in Korea.

It is difficult to speculate exactly when banks will begin to adopt and embrace bitcoin as a currency and as a financial technology. However, it will certainly take a long time before the banks realize that their misguided approach toward the “blockchain technology” have cost them millions of dollars which ultimately led them to a dead end.