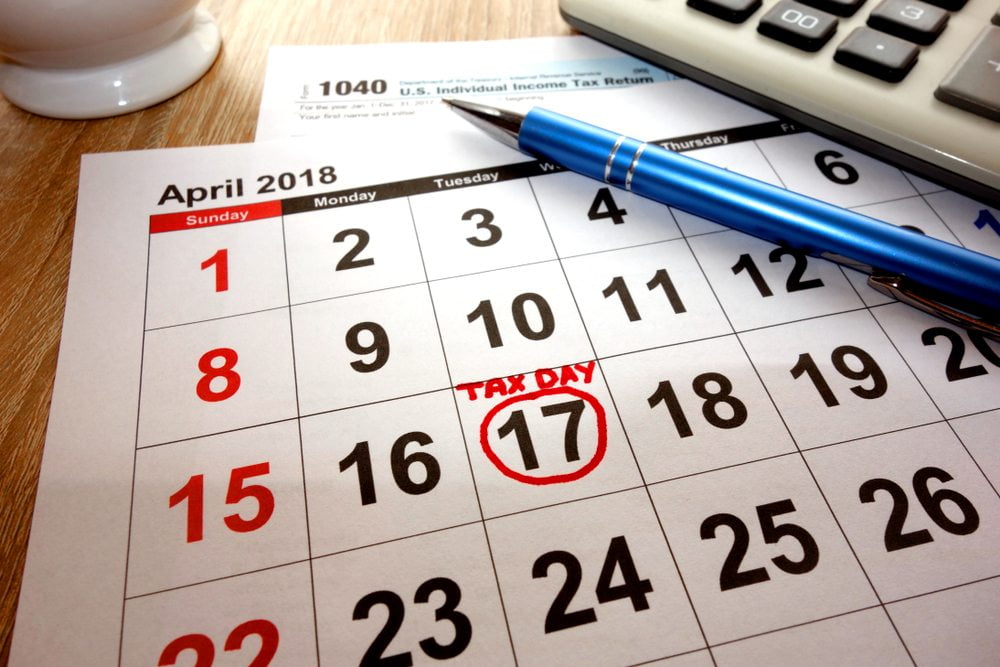 In just two days, the U.S. tax filing deadline, April 17th, will be here. Despite this, only a very small fraction of Americans have reported their cryptocurrency holdings. In fact, data released from Credit Karma reveals that fewer than 100 people — out of the most recent 250,000 filers using the tax platform — reported capital gains on their cryptocurrency investments.

“There’s a good chance that the perceived complexities of reporting cryptocurrency gains are pushing filers to wait until the very last minute,” Jagjit Chawla, general manager of Credit Karma Tax, told CNBC in an email. “I want to reassure people that it’s not as complex as it may seem at first glance and that Credit Karma Tax has a number of resources about how to approach bitcoin and taxes.”

According to the International Revenue Service (IRS), which began providing guidance on Bitcoin transactions over four years ago, the agency considers cryptocurrencies to be classified as property. Because of this, the purchase, sale, trade, and mining of digital currencies could be considered taxable events.

Credit Karma, the popular credit score website and tax platform, has documented information from the IRS which details those individuals reporting capital gains from cryptocurrency investments. According to the company, less than 100 people have reported these taxable events to the IRS out of the 250,000 most recent tax filers, just days ahead of the deadline to file.

The figure, which amounts to about 0.04% of tax filers, is not far off from previous ones. For example, for the 2015 tax year the IRS indicated that only 802 people had included cryptocurrency gains or losses in their tax filings. That said, because of the massive differences between 2015 and 2017 with regards to the popularity of the cryptocurrency space, comparisons are difficult to draw.

Reasons For the Low Numbers

Bitcoin multiplied more than 13 times last year, while the cryptocurrency market in its entirety gained well over $500 billion in value. As a result, U.S. households likely owe $25 billion in capital gains taxes for their digital currency holdings, according to estimates from Tom Lee, head of research at Fundstrat Global Advisors.

What’s worth nothing is that some experts have attributed part of Bitcoin’s more than 40% drop so far this year to investors cashing out to pay capital gains taxes ahead of the April 17th deadline. Bitcoin suddenly rallied 17% Thursday morning and traded above $8,000 Friday morning. Today the coin sits at almost $8,400.

Credit Karma Tax’s Chawla explained that there is: “A good chance that the perceived complexities of reporting cryptocurrency gains are pushing filers to wait until the very last minute”

Elizabeth Crouse, a partner at Seattle-based law firm K&L Gates, shares Chawla’s perspective. Crouse argues that a high risk tolerance amongst many crypto-enthusiasts means they are likely more willing to risk the chance that the IRS comes knocking, saying:

“If I had to guess, there’s probably a lot of underreporting.” Adding that, “Most of the people in the cryptocurrency world tend to have a pretty high risk tolerance.”

Read our comparison of 50 different crypto casinos. Find out who has most generous bonuses, best UX, knowledgeable customer support and best provably fair games.
Tags: bitcoincapital gainscryptocurrencyinternal revenue serviceirspropertytaxtax deadlineTom Lee
Tweet123Share196ShareSend
Win up to $1,000,000 in One Spin at CryptoSlots