US Defense Could Use Blockchain in Proprietary Messaging Platform 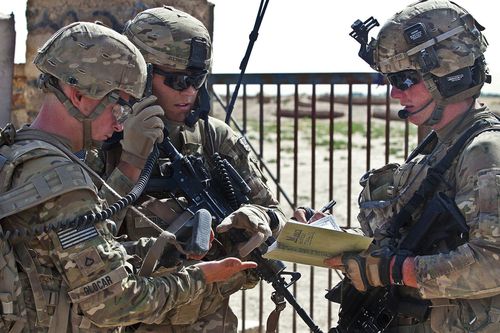 Communications plays a vital part in the military. The use of blockchain technology in military communications makes perfect sense, as security plays a crucial role in it. Having realized this, DARPA – Defense Advanced Research Projects Agency has called for proposals from technology companies and contractors to develop such an application for the United States military.

This is not the first time the US Department of Defense has commissioned work on advanced information technology projects. It is well-known that the international military industrial (or technology in this case) complex has been at the forefront of innovation, be it the development of The Internet itself or various encryption protocols like PGP (Pretty Good Privacy) or SHA (Secure Hash Algorithm) which are products of GCHQ and NSA respectively. Even though technically GCHQ developed an encryption protocol similar to PGP independently (or so the story goes).

According to media reports, the request for proposal for a communications application includes specific terms like blockchain implementation and decentralized ledger implementation which makes it interesting. Blockchain is known for the security it offers, the same secure feature the Department of Defense wants to capitalize on.

The objective of the request for proposal is to create a secure messaging and transaction platform where message creation is separated from its transmission and reception. Meaning, once the created message is transmitted over a network, it can be accessed by anyone with the right credentials from anywhere across the network. In addition, the message needs to be in encrypted form until it is decrypted on-demand upon access. A single message can be accessed by multiple people, across multiple devices.

A hypothetical use case will involve the Central Command sending out mission directives to units on the field. These units may be spread across the battlefield, yet the leaders of each unit will be able to access the same message on their field communication devices and implement the implement the orders accordingly. In order to maintain accountability, all communications will be stored on a blockchain, readily accessible by the proper authorities.

The project is divided into three developmental phases, where the first phase will involve the development of a decentralized messaging application over blockchain framework and testing various encryption protocols. The devices for running these applications are also tested in this phase.

In the second phase of development, additional feature including satellite telemetry and air traffic control data handling and monitoring systems are tested. Once the evaluation phase is completed, the development will move into the third beta test phase.

Going by the request for proposal document, the military blockchain based messaging application will be a beefed up Telegram application over blockchain with some additional bells and whistles to support its use on the field during the times of war and peace.

The versatile blockchain technology has made its inroads into every industry possible and the defense industry is no difference either.