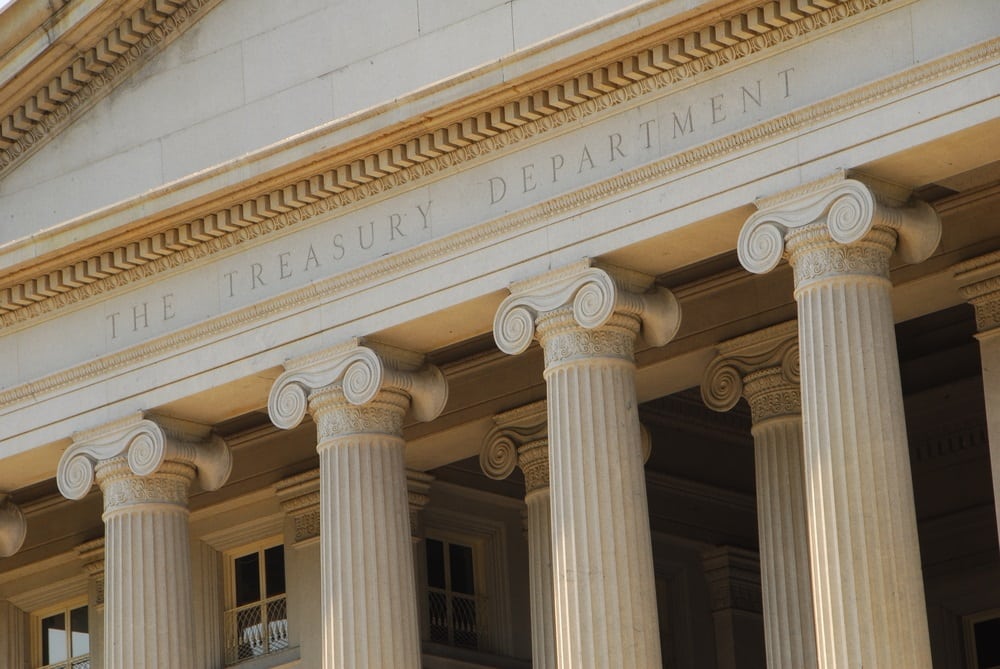 The report, which is titled “A Financial System That Creates Economic Opportunities: Nonbank Financials, Fintech, and Innovation” was drafted under Treasury Secretary Steve Mnuchin and addressed to President Donald Trump.  The report does not directly provide any recommendations or conclusions on cryptocurrencies, but the technologies are mentioned.

The report covers a broad range of issues, many of which are highly relevant to the cryptocurrency industry. The Treasury Department acknowledges the escalation of cryptocurrency and blockchain technologies, noting the rapidly progressing nature of the economy.

In a section titled “Digitization of Finance and the Economy,” they note that parallel to the rise of mobile and digital banking, complimenting technologies like cryptocurrencies and distributed ledger technologies are “poised to impact innovations in financial services.” They elaborate on this, saying:

“Technology developments that are poised to impact innovation in financial services include advances in cryptography and distributed ledger technologies, giving rise to blockchain-based networks.”

The Treasury also notes that blockchain and distributed ledger technologies are being examined by the Financial Stability Oversight Council, which was founded after the 2008 financial crises with the goal of guiding federal regulators on important issues.

Importantly, the Treasury makes it clear that the government wants to support new innovations, and to develop regulations that incubate growth within emerging industries, saying:

“Support of innovation is critical across the regulatory system — both at the federal and state levels…Treasury supports encouraging the launch of new business models … to pursue innovative technologies to lower costs, improve customer outcomes, and improve access to credit and other services.”

A do no harm approach by the government is critical for cryptocurrencies and will ultimately lead to greater success and adoption. The report acknowledges that current regulatory frameworks may be outdated and updates to it are necessary in order to allow solutions that offer benefits to consumers, saying:

The U.S. Treasury discusses technologies that could streamline payment systems, and importantly mentions the development of regulatory sandboxes that allow for innovation in order for the U.S. to stay competitive with places like the U.K., Singapore, and Hong Kong.

The sandbox method, which entails the government keeping a watchful eye on emerging industries, but not harming them with regulation, is popular in many countries, and most people see it as the best way to regulate the cryptocurrency industry.

Arizona has been on the forefront of cryptocurrency adoption and was the first state in the United States to offer a sandbox environment for fintech companies, which will allow companies to test their products and services for up to two years with as many as 10,000 customers before needing to apply for licensing.

This allows cryptocurrency and blockchain companies to actively develop and test products without working around regulatory requirements.

The report recommends creating a sandbox regulatory environment in the U.S., stating:

“Internationally, many countries have established ‘innovation facilitators’ and various regulatory ‘sandboxes’ — testing grounds for innovation…While replicating this approach in the United States is complicated by the fragmentation of our financial regulatory system, Treasury is committed to working with federal and state financial regulators to establish a unified solution that accomplishes these objectives — in essence, a regulatory sandbox.”

The Treasury report concludes that the United States must “stay abreast of developments in technology and to properly tailor regulations in a manner that does not constrain innovation.” And that U.S. regulators “must be more agile than in the past in order to fulfill their statutory responsibilities without creating unnecessary barriers to innovation.”