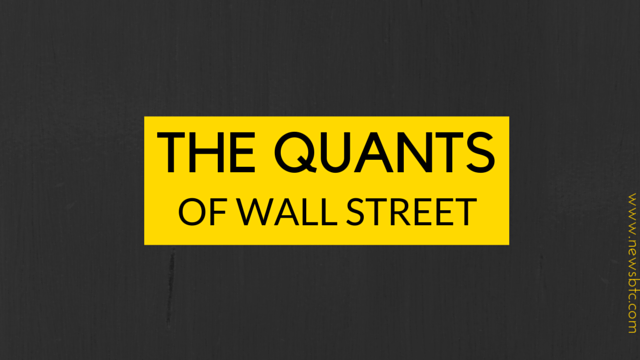 The cryptocurrency industry used to be the realm of those frustrated with the government’s control on the monetary system but bitcoin startups now seem to be attracting highly-paid individuals from Wall Street. Some are leaving their established positions in financial firms to join bitcoin companies while others are starting their own.

“A lot of people are entering the bitcoin space as the sector has reached an overall level of funding that’s hard to ignore,” said Jaron Lukasiewicz, founder and chief executive officer at New York-based bitcoin exchange Coinsetter. Lukasiewicz previously worked in private equity at The CapStreet Group in New York before leaving in 2012.

Another example is Timo Schlaefer who holds a doctorate in financial engineering and was on his way to a promising career at Goldman Sachs in London. He previously worked with the bank’s mergers and acquisitions team then became an executive director of credit quantitative modeling. In February, he tendered his resignation launched a company called Crypto Facilities Ltd, which is a bitcoin derivatives trading platform.

“This is uncharted territory,” said Schlaefer. “It’s an exciting opportunity to participate in a new area of technology that has massive potential.” For him, it’s less about the compensation but more of the opportunity to be a part of a financial revolution.

Large institutions are also dipping their toes in the bitcoin industry, with some posting job ads pertaining to cryptocurrency-related positions. In June, online bitcoin job ads surged to a record high of 306, according to data from Wanted Analytics, with demand coming from banks such as Capital One and tech companies such as Intel and Amazon.

Quants from Wall Street such as Paul Chou, founder and chief executive officer of Ledger X, are willing to devote more time and energy to see their bitcoin startups take flight later on and hopefully become more rewarding. “The domain expertise, relationships, and career equity I’ve built are things I never could have done while at Goldman,” Chou said, as he previously worked at Goldman Sachs in New York as a quant equity trader after graduating from the Massachusetts Institute of Technology with degrees in computer science and mathematics. “As a former trader, I’m glad I made this trade-off at the stage of my career that I did.”

Get 110 USDT Futures Bonus for FREE!
Tags: bitcoin jobsBitcoin NewsBitcoin startupsbitcoin wall street
Tweet123Share196ShareSend
BitStarz Player Lands $2,459,124 Record Win! Could you be next big winner? Win up to $1,000,000 in One Spin at CryptoSlots