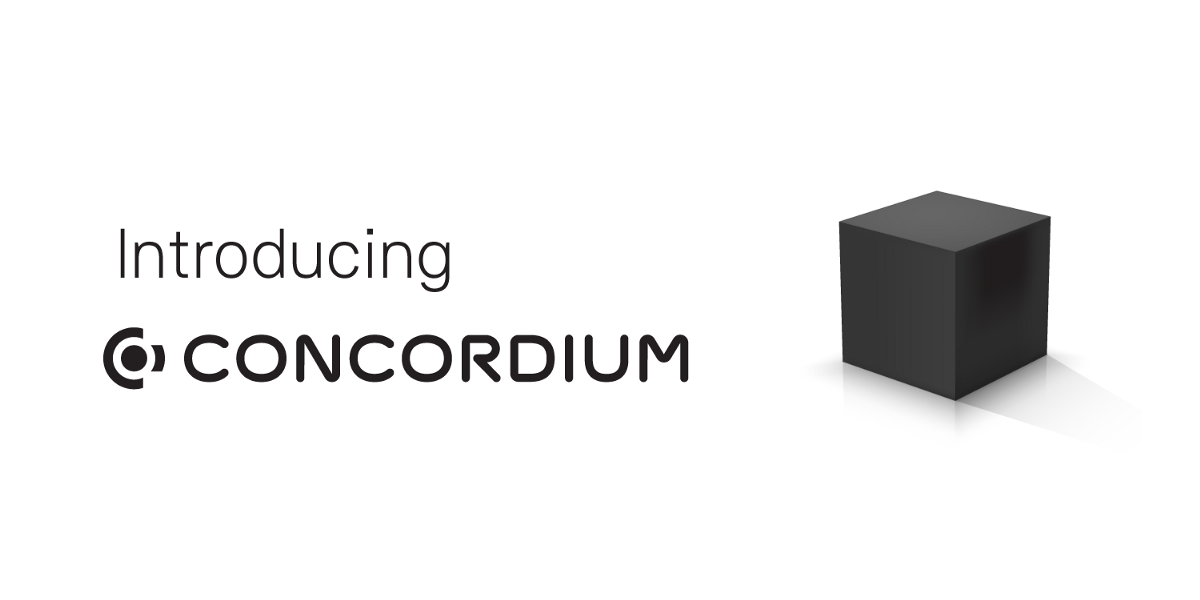 What is Concordium? Balancing Identity and Privacy for Enterprises

Back in 2017, much of the news in the blockchain space focused on enterprise adoption. When organizations from Walmart to the Swedish government were investing in the technology, the tipping point seemed inevitable.

Instead, enterprises didn’t really embrace blockchain in the way that the initial promise had indicated. Ethereum proved unable to scale, with high gas fees and congestion during peak usage. Other platforms, such as EOS, introduced security concerns due to the centralization of network control into the hands of a few block producers. Enterprise users have drifted towards developing their solutions on permissioned platforms such as Hyperledger or R3’s Corda.

The critical feature that sets these systems apart from their public counterparts is that they allow enterprises to identify users, which is a core requirement for legal compliance. However, as permissioned ledgers, they miss many of the benefits of a public blockchain, most critically – the security of a genuinely decentralized network.

Now, Concordium has emerged as a public blockchain promising to offer all the privacy and compliance features needed by enterprises and governments.

Concordium’s unique selling point compared to other public blockchains, is a built-in identity layer. This layer offers a carefully managed balance between user privacy and the need to ensure that each user can be identified if a legitimate legal need arises.

Although users are required to undergo an identity verification process at the point they onboard to Concordium, the platform is effectively permissionless. There are no barriers to anyone joining, and once a user is onboarded, they have a guarantee of privacy, unless and until there is a compliance-based need to identify them.

Aside from the privacy and identity features, Concordium offers many other properties designed to appeal to enterprise users, including high throughput with fast finality, low, fixed transaction costs, and user-friendly smart contracts.

Concordium aims to become a fully decentralized, self-governing public blockchain. However, during the early stages of the project, the Concordium Foundation will play a critical role in governance, development, and decision-making, which will diminish over time as the platform evolves.

Overview of the Technology Stack

The technology stack powering Concordium is multi-layered and complex, so here we dive into just a few of the most outstanding features. A full description can be found in the project’s white paper.

The schema below provides an overview of the stack. 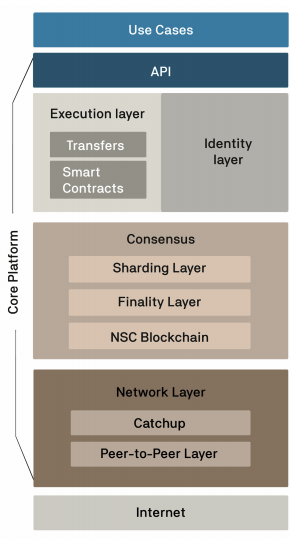 The network layer handles communication between nodes, while the consensus layer operates the proof-of-stake Nakamoto consensus and a finality protocol. Concordium also uses sharding to achieve high throughput. Shard chains connect to a central control chain that keeps track of all finalized blocks.

The identity layer handles the processing of users’ identities. Users are required to have a valid form of ID so that off-chain identity can be verified. The verification is done by an “identity provider,” which is an entity that retains an off-chain record of the user’s ID and issues an on-chain certificate that allows them to open a Concordium account.

Once the identity provider has verified the user ID, they can’t associate the user’s account or on-chain actions with the ID that they hold. However, the on-chain identity certificate is associated with a third entity, called an anonymity revoker.

Anonymity revokers play such a pivotal and trusted role that in the beginning, they will be vetted and appointed by the Concordium Foundation.

The General Transaction Unit (GTU) token is used for various purposes within the Concordium network. Users pay for network transactions in GTU tokens. Like Tezos, Concordium calls its block validators “bakers,” who are rewarded in GTU for their role in validating and finalizing transactions.

Under the proof-of-stake consensus, bakers are required to stake GTU tokens to participate in block validation and consensus. Users can also delegate their own GTU stake to a baker.

Concordium is run by a large and prestigious group of people. The overall team is made up of the Foundation Board, the Science Team, the Technical Team, an Operations Team, and an Advisory Board.

The founder and Chairman of the Foundation Board is Lars Seier Christensen, who founded Danish investment bank Saxo in 1992 and grew the company to 1,500 employees in 150 locations. Another notable Board member is Professor Ueli Maurer, who serves as Science Advisor. Prof. Maurer is renowned for his work in cryptographic innovations and is also a senior academic at the Swiss Federal Institute of Technology in Zurich. Lone Fønss Schrøder is the Chief Executive Officer and brings 22 years of experience from her tenure at AP Moller-Maersk, where she served as Senior Vice President and founded Maersk Procurement and Star Air.  Fønss Schrøder has accumulated executive experience from sectors as diverse as aviation, biotech, retail, automotive, oil & gas, shipping, banking, and capital markets. She leads the operational and commercial functions of Concordium.

The Science Team is led by Professor Ivan Damgård, who co-invented the Merkle-Damgård cryptographic hash, on which all blockchains are based.

The Advisory Board comprises members including Anders Fogh Rasmussen, former Secretary-General of NATO and a former Prime Minister of Denmark, and Hans-Ole Jochumsen, former Vice-Chair of NASDAQ.

Concordium is rolling out its testnet in four separate iterations, one each quarter in 2020. Each iteration introduces new functionality compared to its predecessor. The mainnet is due for launch in 2021 and will include the full consensus, tokenized assets, a GIU, and wallet integrations. The identity capabilities will be built in from the point of mainnet launch.

The identity layer of Concordium offers enterprises a way to navigate one of their biggest challenges – legal compliance. By providing users an assurance that they can meet any legal requirement to identify parties to transactions, enterprises can rest assured that none of their transaction partners are able to mask illegitimate activities using a blockchain. The platform is designed to be flexible, so it can meet the compliance requirements of multiple jurisdictions.

At the same time, in the normal run of business, Concordium’s enterprise users can also enjoy total transaction privacy. Along with plain transfers that are visible on the public blockchain, the platform also makes use of zero-knowledge proofs to enable privacy for sensitive transactions. Encrypted transfers mean that nobody apart from the sender and recipient knows the value of the transfers themselves.

Furthermore, let’s say a single enterprise has multiple accounts representing its various legal entities in different countries. The business can transact privately between its own different accounts without anyone knowing that those accounts belong to the same user.

Aside from the identity and privacy elements, Concordium offers several other features designed to make it fit for enterprise use. One of these is “Finality-as-a-service.” A typical blockchain requires a certain number of blocks to be validated before a transaction in a previous block can be considered “final.” The more blocks that have passed, the more effort is involved with rolling back the blockchain, and the more “final” the transaction is deemed to be.

This is undesirable for businesses, as in most circumstances, the requirement is that once a transaction is recorded in the books, it should be considered final, and only revoked on an agreement between the parties.

So Concordium meets this requirement by operating a finality layer on top of the consensus layer. Once a block is validated, it passes through the finality layer which comprises committees of nodes, known as finalizers. This two-layer approach means that finality is both rapid and reliable. It can also be used to serve other Nakamoto-style consensus blockchains as a second-layer of confirmations to their transactions.

With its team of renowned scientists and established business professionals, Concordium stands a strong chance of filling this gap. A compliant platform that still offers users the opportunity to conduct legitimate business with an assurance of privacy could be just the ticket to propel enterprise blockchain adoption towards its true potential.