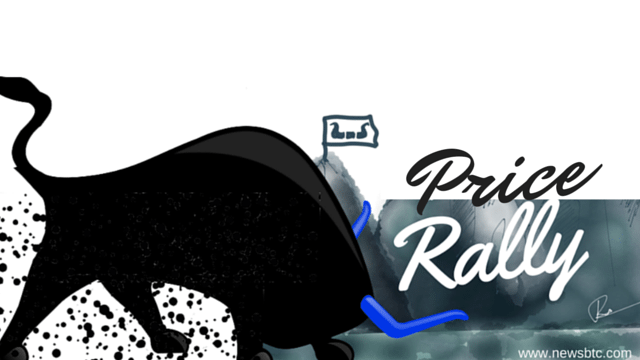 A bitcoin price rally has taken place recently after a brief test of the $200 support level. Some market analysts attribute this to the return in risk appetite, caused mostly by the pickup in commodities and oil prices, but others believe that there have been other factors in play.

Bitcoin is typically considered a high-risk investment, along with other riskier holdings such as equities and commodity currencies. Prior to the bitcoin price rally in the past few days, the cryptocurrency had been heavily weighed down by speculations of a sharp downturn in China and the prospect of another global inflation slump.

In an article on Benzinga, staff writer Deepak Bharadwaz pointed out that Barclays’ recent announcement on accepting bitcoin for charitable donations may have boosted demand for the cryptocurrency. After all, bitcoin has been previously associated with criminal dealings and has been targeted by some regulators so the acceptance of a major bank has been a vote of confidence.

For some, this could mark the first big step towards mass adoption among other financial institutions. As of this writing, Barclays is the largest bank to have accepted bitcoin, although the bank clarified that it will be starting off slow and focusing on processing bitcoin donations to charities first.

It also helps that other established financial firms such as Visa have been exploring related technologies, particularly that of the blockchain. UBS has been experimenting with the distributed public ledger in its innovations lab, making progress in its creation of a “settlement coin” that can be used to clear transactions. Meanwhile, Australian banks such as Westpac and CBA have tapped Ripple Labs for potential applications of blockchain tech.

Technicals also favored a relief rally as bitcoin price has been consolidating between the $200-220 levels for quite some time. Positive updates in the industry rendered the path of least resistance to the upside, allowing the rally to take hold.