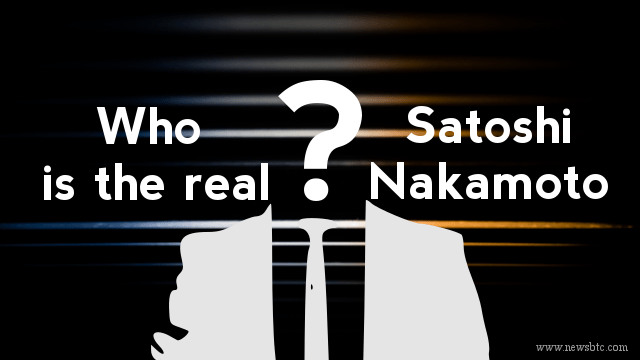 Who is the Real Satoshi Nakamoto?

Bitcoin was first introduced in a paper by “Satoshi Nakamoto” back in 2009. Since then the cryptocurrency rose to fame and inspired a lot of bitcoin-based startups to set up shop, potentially revolutionizing the financial industry. However, not much has been said about the real identity of who introduced this concept in the first place.

Satoshi Nakamoto was known to communicate with other bitcoin enthusiasts only through email, never in person or by phone. By 2011, all communications from him ceased.

There have been many speculations on who Satoshi Nakamoto really is, with some saying that he is a cryptographer residing in Los Angeles and others claiming that this is actually just a pen name for a group of IT specialists.

But New York Times reporter Nathaniel Popper suggests that Satoshi is probably the pseudonym of Nicholas Julius Szabo who grew up in Washington, went to the University of Washington and graduated with a computer science degree in 1989, and is now residing in California.

“This is a guy whose dad was Hungarian, had fought the Communists in Hungary before coming over here and instilled in the young Nick this vision of the problems with state authorities, government authorities,” Popper said.

In his book Digital Gold: Bitcoin And The Inside Story Of The Misfits And Millionaires Trying To Reinvent Money, Popper revealed Szabo was involved in many of the early experiments in digital money that predated bitcoin. He was part of an online community called Cypherpunks, who were looking into cryptography and how the internet allowed authorities to snoop on ordinary people’s lives.

“There are still real questions about whether Nick is Satoshi. He himself says he’s not Satoshi,” Popper said. “But there’s no question that Nick was involved in a lot of the important experiments that in the end made bitcoin possible.”

Tags: bitcoin creatorbitcoin founderbitcoin satoshiNewsOtherSatoshi Nakamoto
Tweet123Share196ShareSend
BitStarz Player Lands $2,459,124 Record Win! Could you be next big winner? Win up to $1,000,000 in One Spin at CryptoSlots