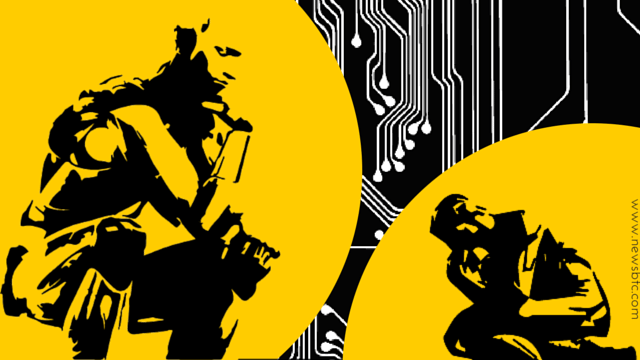 Why We Need DAOs: the Shittiness of Man

This year I had the honor of presenting at the BIL conference in Vancouver, BC, a decentralized and open source alternative to TED. My topic, of course, was the blockchain revolution. Everything went very well, but there was one question from the audience that made me think:

“Don’t you think replacing humans is a bad idea,” she said, referring to my explanation of decentralized autonomous organizations. “Wouldn’t it be safer to have a person watching over it? What if there’s a glitch?”

“God, no,” I replied, with a short explanation. “People suck.”

I didn’t have enough time on stage to go into detail, but I really wish I had. From New Age spiritual types to paranoid conservatives, there are many people who fear the rise of technology. These fears are not only unfounded, but ironically counterproductive to human progress. Allow me to explain why.

As a society, we need to come to terms with something: all of us are terribly inefficient. Whether we’re navigating rush hour traffic or unboarding a plane, we tend to do things slowly and in the wrong order, especially when we’re in groups.

Decentralized autonomous organizations (DAOs) are the answer. Using smart contract technology, they can simulate corporations on the blockchain–for example, we could tell it to automatically grant Bitcoin loans to those with a sufficient credit rating, just like your neighborhood bank. Smart contracts can interact with each other, so the entire economy could be constructed this way.

This will eliminate the horrors of bureaucracy. A human hand can only sign or stamp a document so quickly, whereas a computer can cryptographically sign anything almost instantly. Nodes in a network communicate via the Internet far faster than humans via phone or email, and take seconds to make decisions that would otherwise require hours of meetings.

Since it’s frequently unclear who’s supposed to do what, a request sometimes bounces around every corner of an organization before arriving at the right desk. This results in an exponential loss in efficiency for every worker, and is the reason why governments take so long to pass legislation or process documents for their citizens. Every one we automate speeds up the assembly line.

Every human in a system also adds to the possibility of human error. Documents are improperly signed or organized all the time, and people often miscommunicate in disastrous ways.  Computers, on the other hand, do not suffer from the ambiguity of human language. They are increasingly superior at trading stocks, diagnosing illnesses, and even forming and testing scientific hypotheses.

This problem even compromises the essential decision making of organizations. Human power structures are not usually meritocratic; despite the good intentions of anarcho-capitalists, even competitive, for-profit enterprises are mired in patronage and nepotism. Even in (relatively) transparent democracies, the electorate’s general ignorance results in the appointment of incompetent officials.

A little application of game theory goes a long way. We now have video games that can simulate running both companies and countries, and the AI is pretty smart. They’re already used for practice by the Pentagon and Wall Street, and will soon be capable of replacing administrators in all sectors of government and industry.

Even the worst calculator on the market is more accurate than a human being. The only time programs do make mistakes is when they’re coded improperly–glitches are also human errors. Eventually, artificial intelligence will take over programming, itself, reaching a state known as the singularity.

Simply put, computers do what they’re told. Humans not only make mistakes, but often err on purpose for a variety of reasons.

The most common motivation is laziness. Humans do not like to work, which is why we’re forced to pay them–people work because they need to buy food, shelter and entertainment, unlike machines. As a result, we waste up to 3 hours a day at the office and underperform at every task.

Not only do machines not get tired, but they don’t get greedy, either. Corporate employees will steal resources, administrators will embezzle funds, and government officials are typically worse. A computer will never lose your bitcoins for the reason that it wants to go on vacation in the Caribbean.

This corruption has reached a horrific scale: more than 1 in 4 people now pay bribes a year, and up to 70% in countries such as Kenya. We cannot truly measure its extent, but it is potentially the greatest source of inefficiency in our society. People cannot be trusted with more than so much power.

Then what will people do? In a world without corporations and bureaucracies, where manufacturing is automated, many people will be unable to work. Programming will become a standard focus in school systems, but there will not be enough jobs for everyone.

The upside is, we won’t have to work: decentralized autonomous organizations will do it for us at subsistence cost. Basic income will become the norm by economic necessity, a trivial expense in comparison to civil dissent. People will focus on whatever they are most passionate about, which is a future we should be looking forward to.